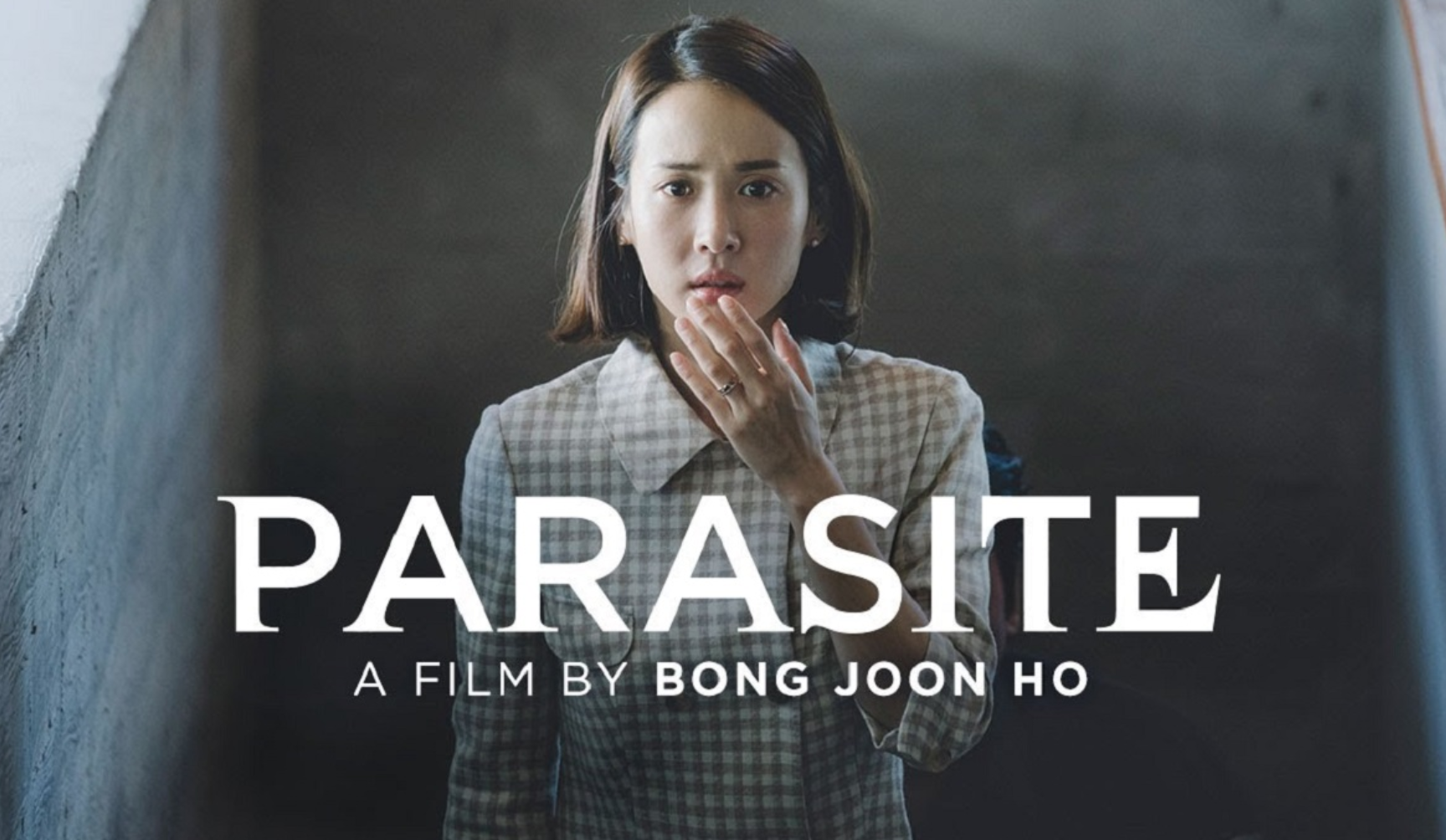 Those who don’t learn from history are doomed to repeat it.

You know, I’ve seen enough debates regarding subbed and dubbed anime to know that I have nothing to add to the discussion, so I just ignore them entirely unless my friends bring it up. But lo and behold, it turns out that live-action films can drag that issue back into relevancy as well, which is what happened when Bong Joon-ho’s new movie, Parasite, won “Best Picture” at the Oscars this year. Because the movie is Korean, it’s caused a somewhat-insignificant but still noticeable backlash from a bunch of people who’ve never seen the movie; and while I’m sure there’s more to it than that, I honestly stopped caring once I saw that the “sub v.s. dub” debate was happening again on social media. Seriously, why can’t that war stay gone?

This should be common sense by now. If you prefer one over another, that’s fine. It doesn’t affect me because I’m just going to watch in whatever language I want. And for the most part, I just watch whatever I feel like. With anime, I only watched it dubbed these days if it’s a Netflix or GKids release and I’m curious, or if the Japanese voice acting is terrible (and the English version isn’t worse like with Doctor Stone). Why those two companies you may ask? In GKids’ case, it’s because they’ve always really cared about the foreign work that they license, including if it sounds right, in everything I’ve seen of theirs. Plus they have the pull to get in big names like Alison Brie involved rather than the same ten people you hear in everything more mainstream. Netflix…well it’s a coin flip with them really. Always has been. But when it works, it works well. 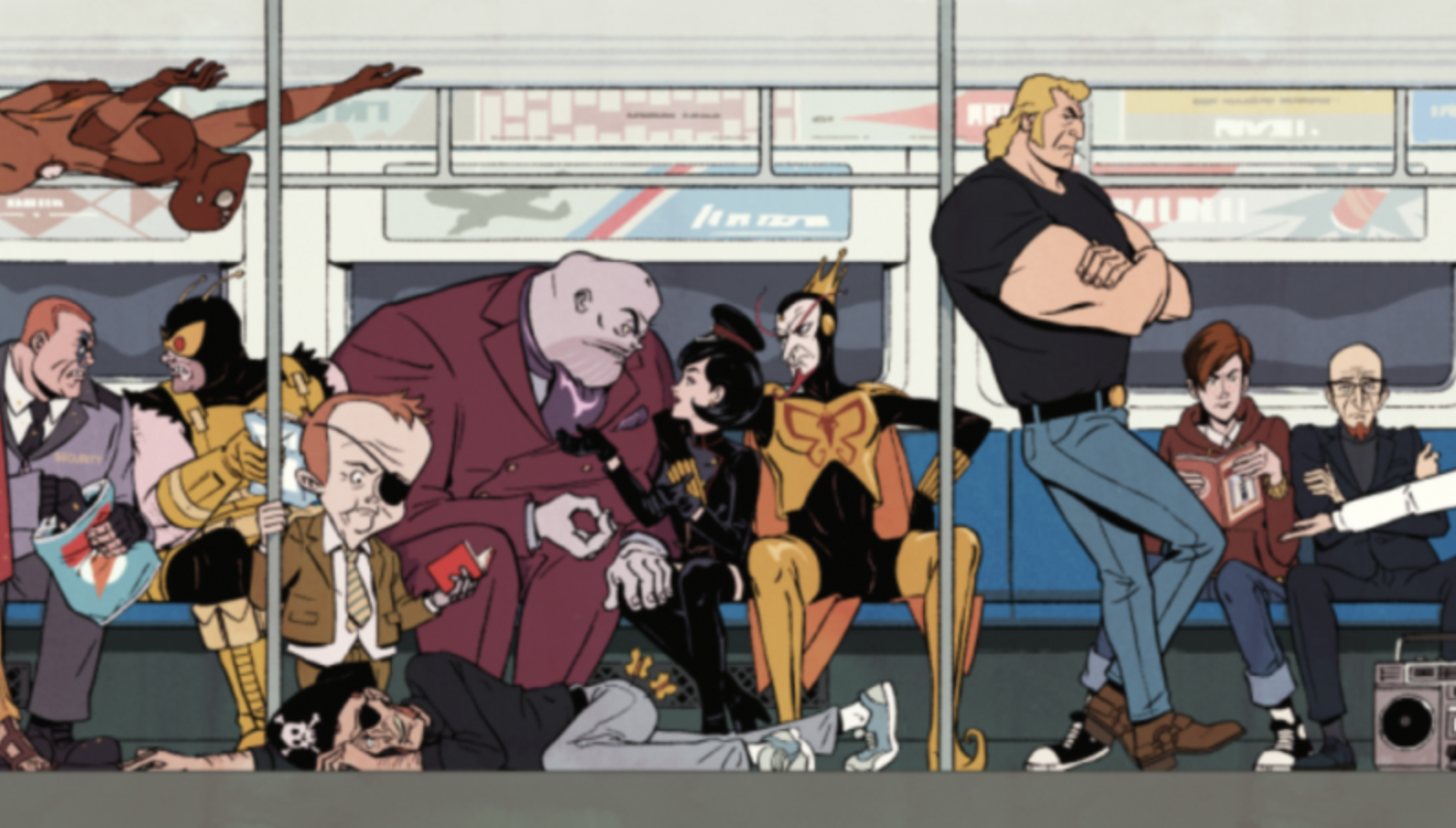 The reason those two are the exceptions instead of being a bigger part of the rule is because – as a lot of people who watch anime are probably aware of by this point – the English dubbing industry is pretty shit, not nearly as varied as the Japanese industry, and a lot of the good English voice acting goes to the mainstream Western cartoons. Plus there are those translation issues that happen when you’re dealing with a story so heavily influenced by Japanese culture. As much as I love John DiMaggio, I can’t see his voice fitting in with an anime aside from maybe Space Dandy.

And it’s not like I’m a language purist or anything (at least when it comes to cartoons). I don’t really care too much if the Japanese version is better than the English version if they’re both good. It really just depends on a case-by-case basis which language I’ll watch with the majority going to the original language for reasons, although there are some when I’ll be insistent on English even if the Japanese version is better like Yu Yu Hakusho, Great Teacher Onizuka, and such. Also, if the anime is old and the dub is good, there’s a higher chance I’ll watch it in English, because Japanese voice acting wasn’t all that great until the mid-00s for the most part. 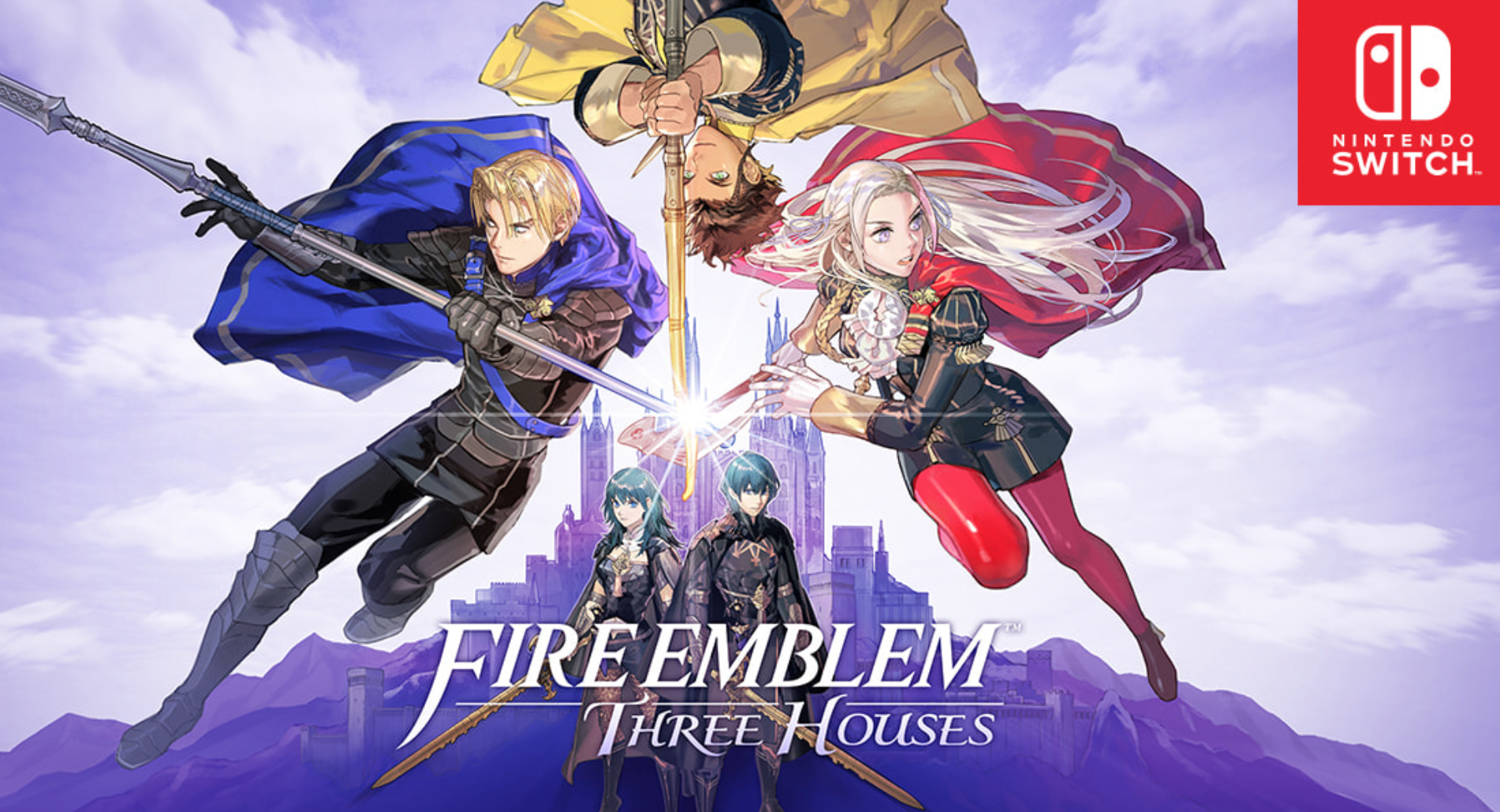 With anime video games, I generally like dubs more there, especially when it comes to the big releases. There are exceptions like Kingdom Hearts 3, where the English voice acting was split between great and godawful, but Fire Emblem: Three Houses’ dub was amazing, and while it’s true that Persona 5’s dub voices for the non-named characters were awful, they are hilariously awful so I don’t give a shit. I definitely do not play dubbed on the cult releases though like Dead or Alive or Disgaea, because it feels like the voice directors know ahead of time that the game isn’t going to be a smash hit, so they don’t bother to put in the effort.

Live-action though? Unless the acting is terrible (like with, say, Dragonball Evolution), I have no idea what the appeal is of dubbing them. Imagine if I was watching a movie with Michelle Yeoh in it, but she sounds like Miyuki Sawashiro. Yeah Sawashiro’s voice work is generally amazing, but why is it coming out of Michelle Yeoh? It’s just not as easy to imagine a dubbed voice coming from someone who’s clearly not fictional, and I don’t think I need any more justification as to why I never watch live-action films in anything other than their original language.

And yeah, I get that people with bad eyesight need dubs in general. I have hearing problems, which is why I always watch things with subtitles these days even when it’s in English. I don’t have a problem with dubs existing as long as it’s not the only option and they’re not coming from Funimation or Sentai, who still occasionally turn out something listenable, but just don’t do it enough to the point that I can see the reason for them existing as anything more than licensors (and Funi hasn’t been doing hot on that front in years for the record). But a lot of people don’t tolerate subtitles because they’re lazy. Because they never bother to check out foreign films. Or maybe they’ve run into a few too many bad subtitles with typos, timing errors, or outright not actually saying what the foreign language is conveying. 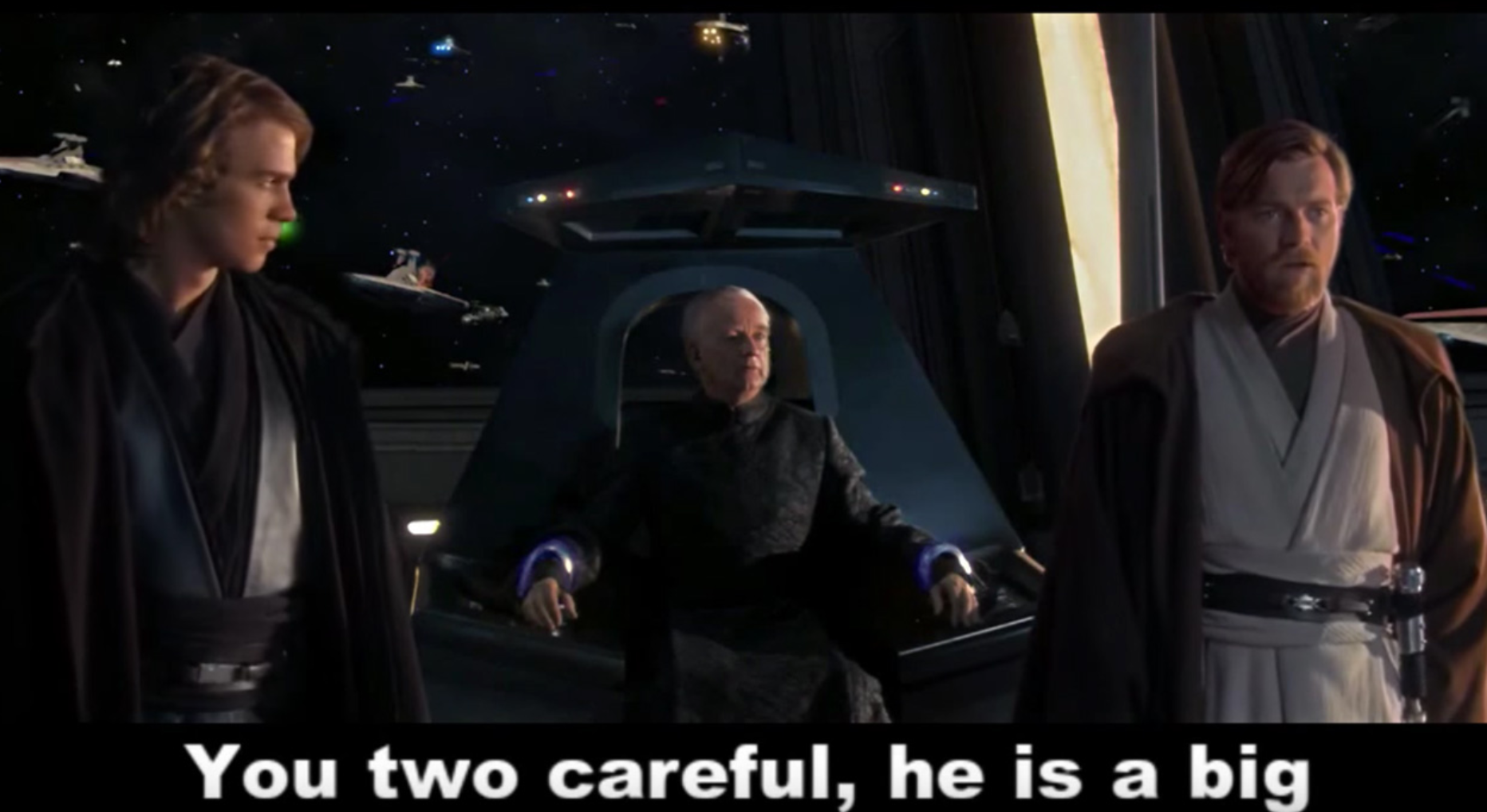 You’re free to not watch subtitled stuff/foreign films for those reasons, but I don’t think they’re good enough to demand dubs. Because honestly, how many of said complainers would actually watch the product if it got dubbed in a language they understand? More importantly, is that demographic good enough to be worth it? It’s not like when Hero Academia got banned in China because of a slip-up that the Chinese government just will not accept an apology for. China is fucking huge after all.

Movies like Parasite though? Anime in general? They’re becoming more mainstream over time and the majority of that audience watches them subtitled while liking it that way. The “dub over sub” crowd that I’ve always seen seem to be a vocal minority, and I’ve been on the Internet long enough to know that you never listen to the vocal minority. Because at the end of the day, you can’t please everyone. 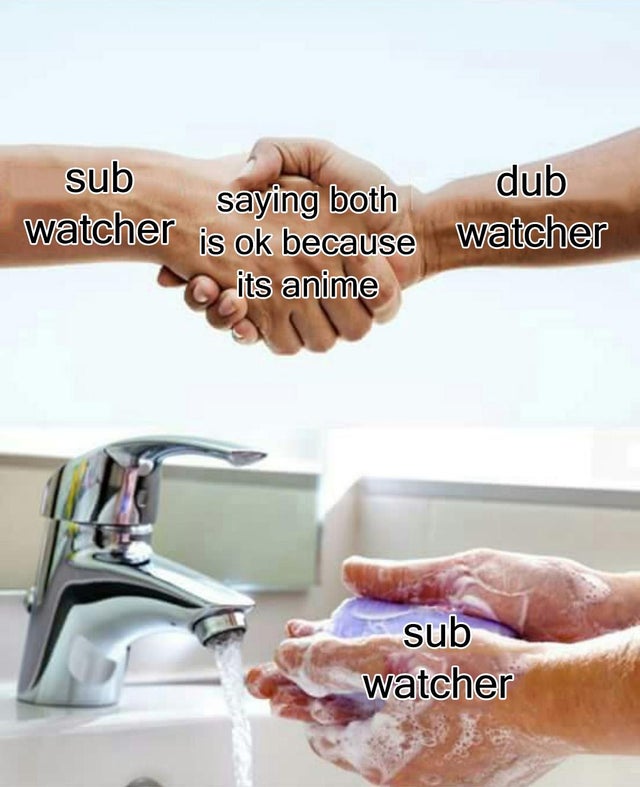 What you can be however is fucking stupid. Which is what everyone who participates in these ultimately pointless online arguments generally end up coming across as. There is nothing more that needs to be said about subs v.s. dubs in 2020. There are no Marvel heroes in existence who have been brought back from the dead more times than this controversy. We’ve all heard the arguments. If you haven’t, they’re not hard to find.

Just please let this be the last time I see this debate cause a noticeable stir. Is that too much to ask? I’ll take Corona Virus memes over the sub v. dub debate any day.

4 responses to “Why Is This Sub v. Dub Debate Still Going On?”