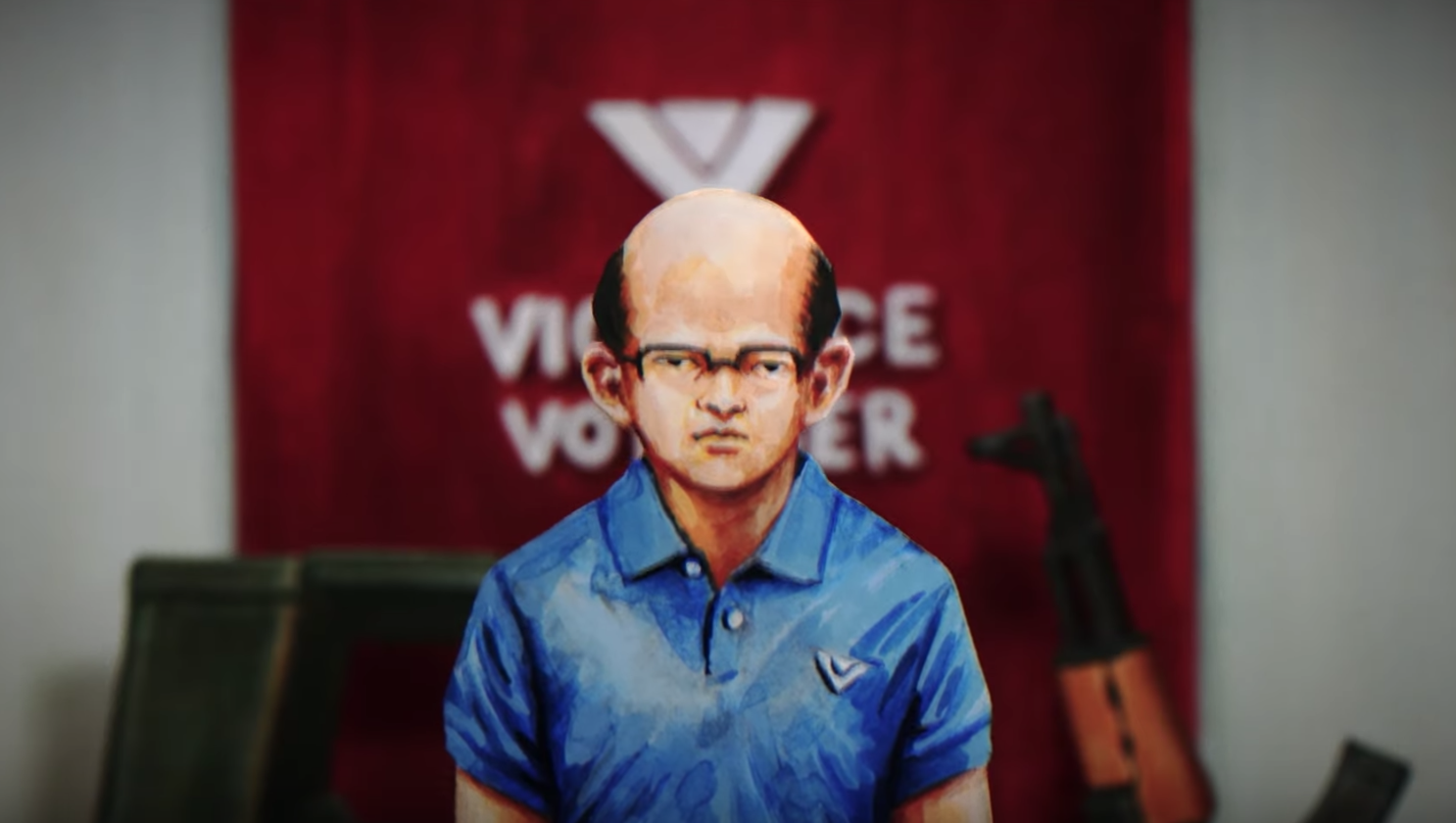 Emma from The Promised Neverland should count her lucky stars she wasn’t born in this universe.

Today, I’ve got a very special treat for all of those celebrating the Spooktober spirit that is the month of October: Violence Voyager. I’m not sure if this anime was sent to a ton of people or only a select few, but apparently my online presence still has enough life in it to be sent an actual review copy of this artistic horror anime movie. And since I’m all about giving anime films attention, I didn’t have any real reason to not give this thing some online exposure. Plus, I had never heard of this movie before I got contacted. I don’t recall seeing it on the anime charts, and it didn’t get a ton of attention in the film festivals it screened at to my knowledge. So the idea of diving into something completely unknown for the first time in forever really got me excited.

The anime’s aesthetics are definitely unusual for the medium. You guys ever heard of gekimation? It’s basically an art style where all of the backgrounds are drawn with a watercolor-like aesthetic while all of the characters and important objects are showcased using paper cutouts. If there are any effects, it’s mostly practical – although I have to say the acid looks a lot somebody jerked off during the recording session, and I have no idea what that stuff is supposed to actually be. 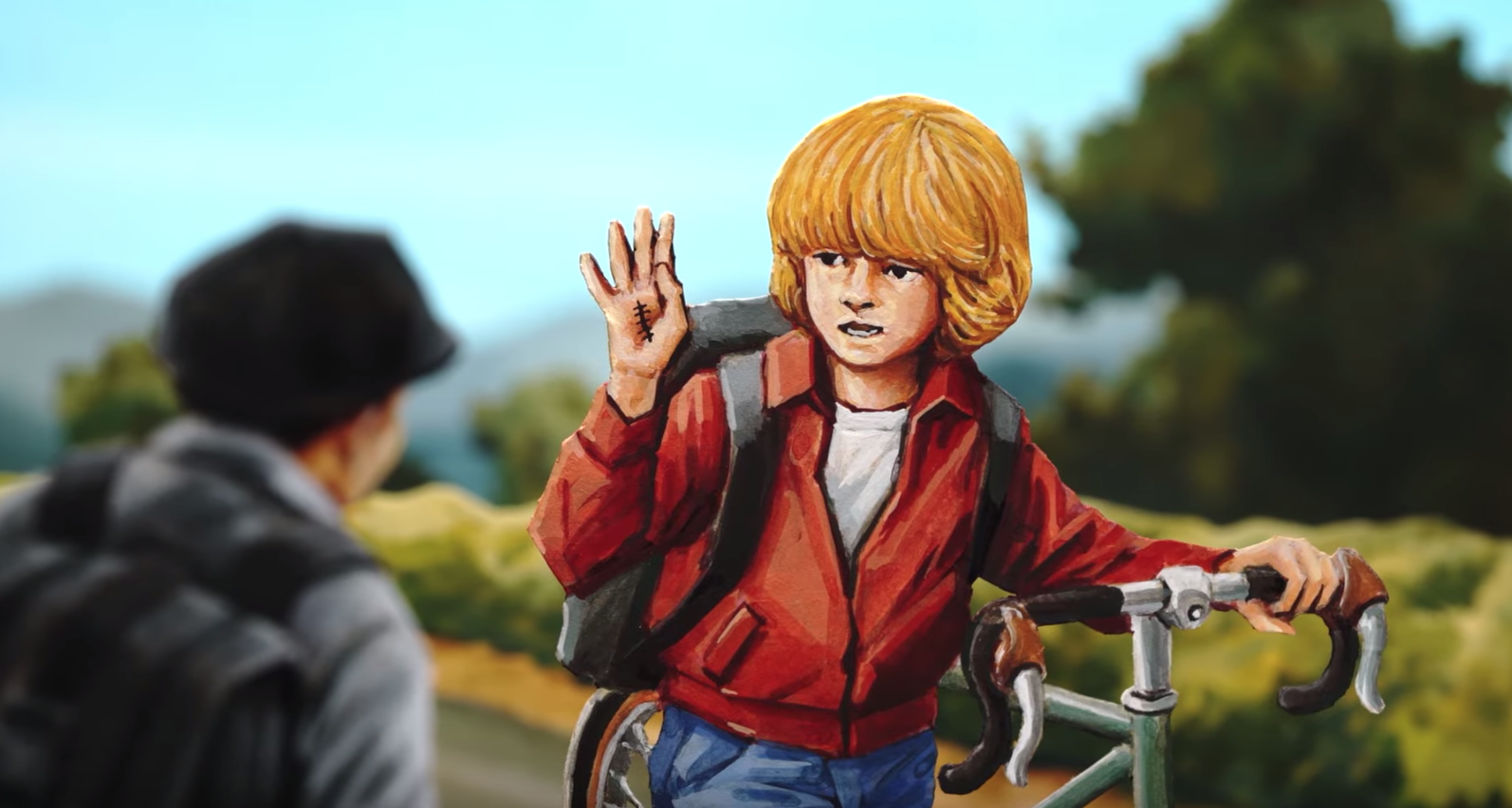 Apparently, this is a trademark of the main director. Ujicha, and yes they’re only given the one name. Obviously a guy who’s keen on sticking to the indie roots of film-making. That’s cool though. The director of Patema Inverted is pretty much the same really, and he seems to be doing…actually I have no idea what he’s doing these days. And neither does the Internet, as most of the top comments on his MAL profile page are people asking where the hell he’s gone.

Anyways, one thing we need to make very clear from the start is that Violence Voyager is a horror story. And it’s kind of a campy horror story too, so don’t expect any deep narratives from this 80-minute film on the level of Fantastic Planet or Us. Instead, the film is meant to be an experience, and that’s not a strike against it since horror is one of the genres where you’re allowed to get away with not having masterful writing if your technicals induce a sense of dread within the viewer. And by dread, I don’t mean the kind where you’re dreading watching more of the film because you realized it sucks and yet there’s still fifty more minutes of Macaulay Culkin’s horrible acting to get through. Nevertheless, this isn’t really the kind of movie that I’d review because everything good and bad about it is just so subjective. 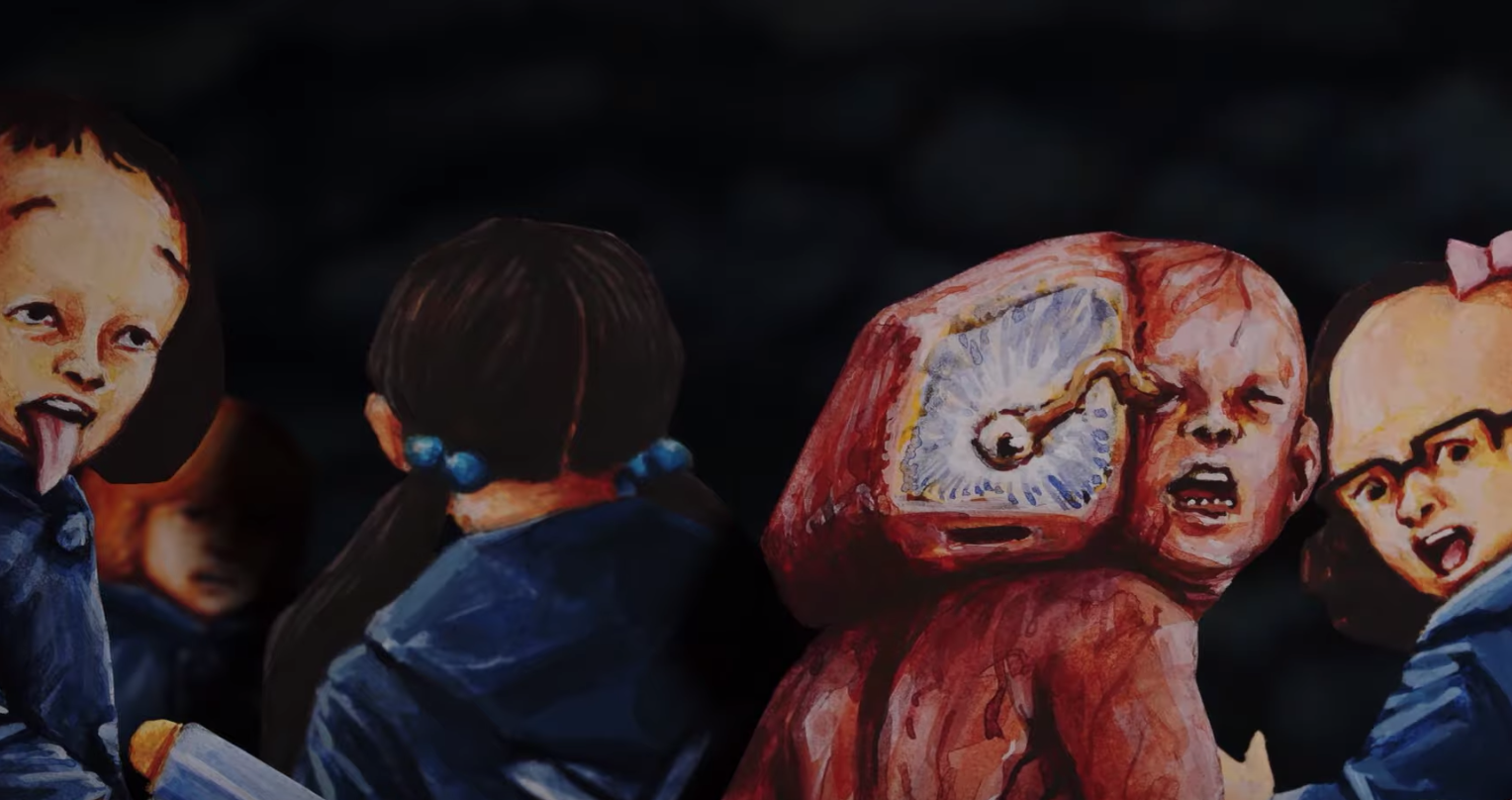 The movie gets its jollies from horrible things happening to little kids. I don’t mind it, but a lot of people will. The movie’s English dub is overacted and I honestly can’t tell if it was supposed to be deliberately camp or not, but given how they got some professionals and for all I know, the Japanese version could be the same, I’m giving them the benefit of the doubt on that. Bottom-line though, the acting might bother a lot of people. The gekimation does allow for some good horror imagery, but it also makes movement and such very awkward. Not for everyone.

As for the plot of the film, basically it boils down to this American kid and his Japanese friend going to play in the woods and getting lured into a makeshift game of lazer tag (except with water pistols) that turns deadly when a strange alien-like creature comes up and shoots real acid at them. The American kid, named Bobby… 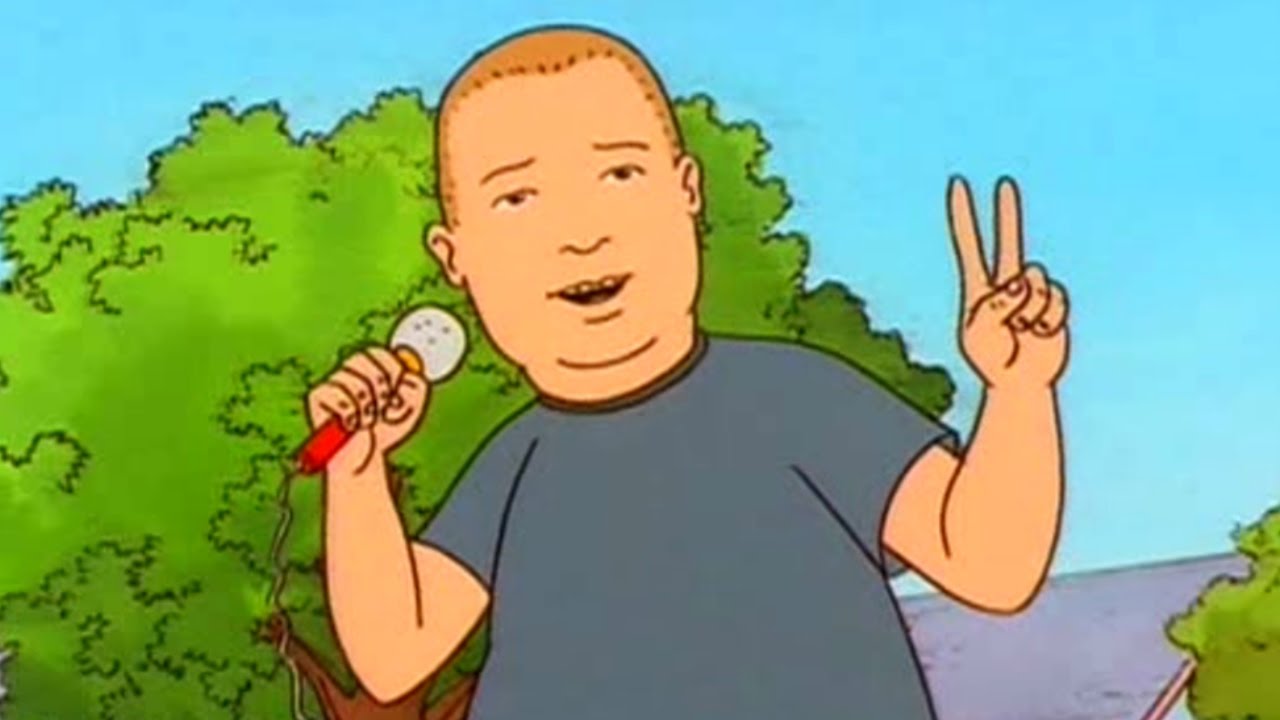 …wouldn’t that be interesting?

Anyways, Bobby ends up getting captured by the crazy theme park owner and his alien friend, and immediately life goes really wrong for him. Without going too spoiler-heavy (although lord knows the Rotten Tomatoes summary spoils plenty), kids are burned alive in front of him within two minutes of getting to know them, he gets stripped naked and we’re forced to see his uncovered weiner for a few seconds, and eventually his body gets modified into a design that would make you wish Jason Vorhees had been the one to find your sorry ass instead. The primary thrust to this narrative is Bobby trying to find a way out of the park whilst also trying to save a girl he met there named Tokiko. And boy do the employees of this theme park not make it easy for him.

At times, said employees can come off as a little cheap. They’re supposed to just be normal people who happen to be much bigger than the main protagonists, which is fair enough. But then actual adults start getting involved, only to lose a fist fight to the alien and be thrown off a cliff where Bobby survives the fall, but the adult’s voice actor cashes in his paycheck before calling it a day. Once I figured out who the alien actually is, I kept wondering how the hell is it possible that he’s as indestructible as a Resident Evil villain, since without spoiling anything important because…

…he’s a scientific creation (but not like a robot or anything) and I don’t think science gives your superpowers. He does have acid and hidden weapons, yes. But it’s not like he uses it on the adults he fights, and his body should be about as frail as Bobby’s.

The film also stops being scary around the final act and turns more into an action movie (again, just like Resident Evil) when Bobby gains access to an old hermit and his animal friends. It’s a pretty cathartic finale after all the shit he goes through, although being a horror movie, obviously not everything is completely okay by the time Violence Voyager ends. I thought said ending was very fitting personally. Although I have no idea how Bobby is going to go to school again considering how by the end, he’s in a state that would require years of therapy and a miracle worker. 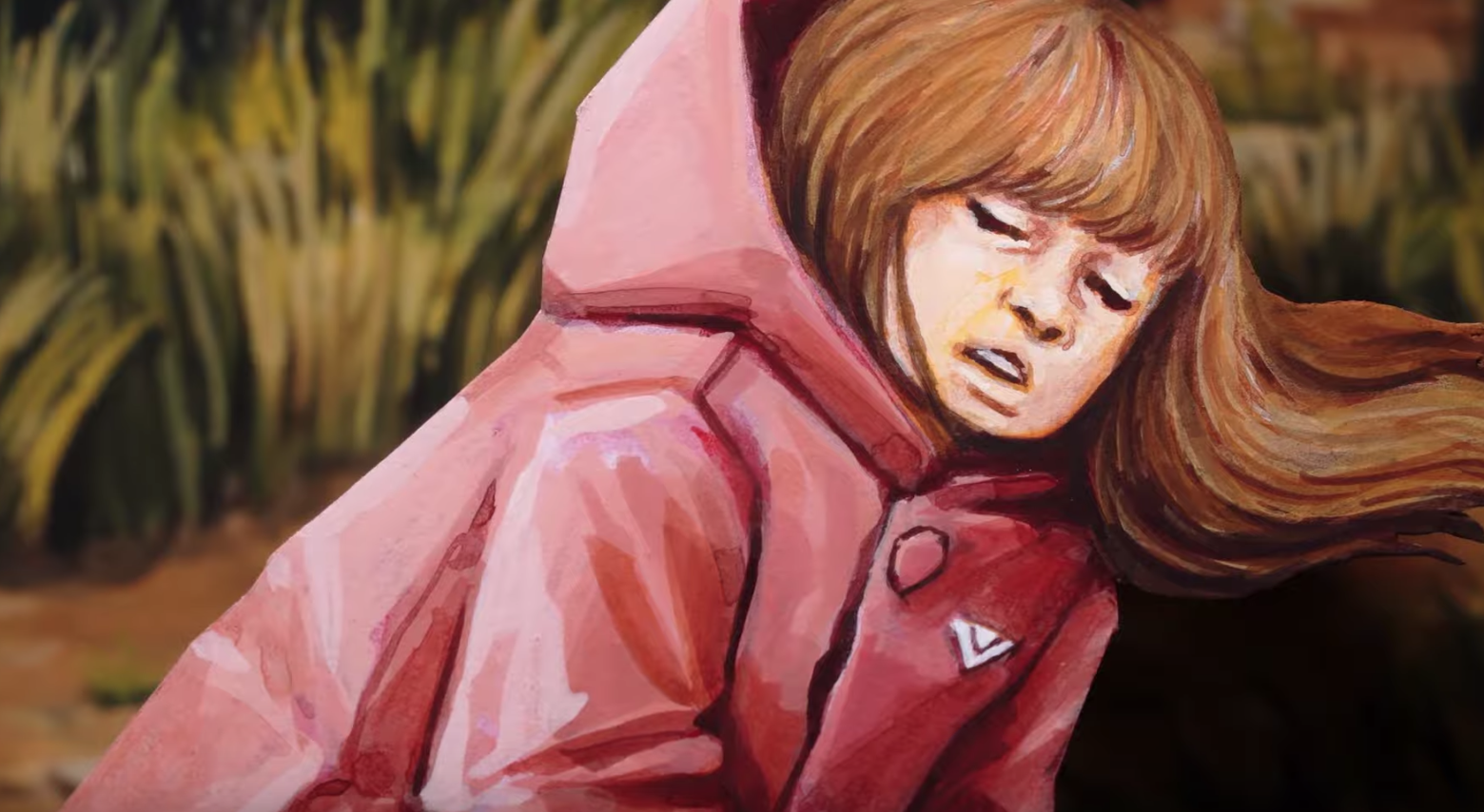 Overall though, I had a good time watching Violence Voyager. It’s not really an anime I’d watch more than once since the novelty wears off after a single viewing, which is the main problem I have with a lot of critically acclaimed horror movies in this day and age. There are so many good ones with great atmosphere or experimental concepts that pay off, but they don’t have the lasting appeal to make me want to come back to them. And whenever they do satire, it’s about as subtle as a drunken brawl conducted by superheroes. Or the racial subtext in HBO’s Watchmen adaptation.

I guess given how bad horror in anime can be in general, the fact that Violence Voyager gets it right is a testament to its overall quality. It’s definitely a film I’d like to show my friends one day. But then again, I doubt anything is going to top the experience of showing them Cat Soup. Violence Voyager may have kids’ faces literally melting, but Cat Soup had a guy in bondage gear trying to justify that anime’s title.