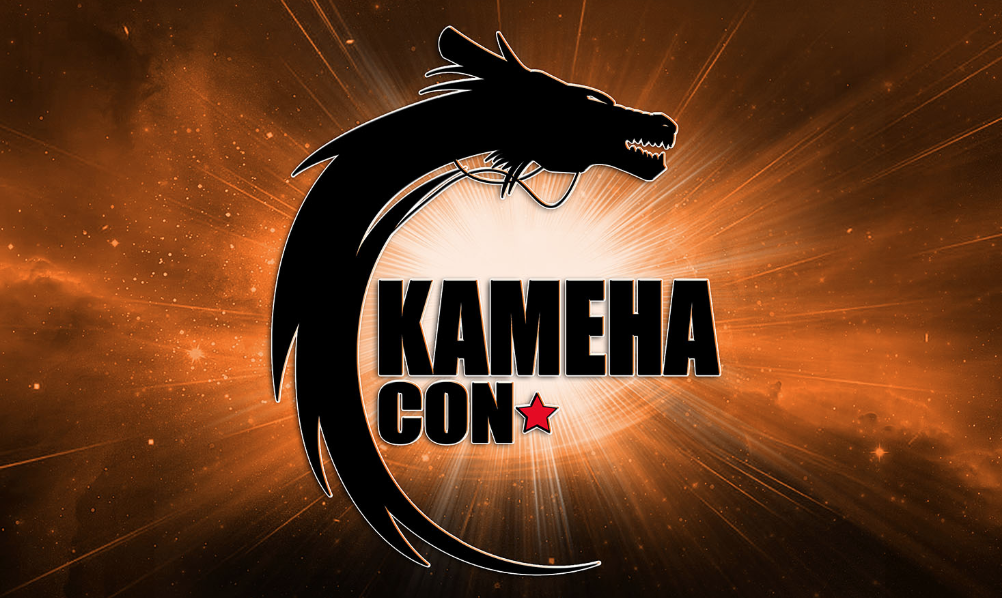 Practically everything was over 9000 at this convention from the number of attendees to the excitement levels.

Considering that I live in Dallas, I have access to quite a few notable anime conventions in the United States without having to pay for a flight ticket, and one of said conventions happens to be Kamehacon. If you’re not familiar with that particular event, Kamehacon is a fairly new Dragonball-exclusive anime convention in the same vein as a Star Trek convention or that Final Fantasy XIV one that sells out the instant tickets are available, and is meant to cater to the crowd who kept breaking Crunchyroll’s streaming service every time a new episode of Super aired. Given how Dragonball is still one of the biggest anime properties to the point that the recent Broly film shattered records in the West, it makes sense that the organizers thought there’d be enough fan activity to base an entire three-day convention around that property. I didn’t go during its first year, but from what I heard, it was a fun time for fans and there was definitely a lot of potential for its future in the same vein as Crunchyroll Expo before that company just stopped caring about its customers.

Unfortunately, the recent Funimation drama along with the fact that many of the players involved in that debacle did dub voices for most of the iconic Dragonball characters have made Kamehacon’s return a bit of a rocky one. I’m not going to go into detail about it because it’s been three months since that online mess started so either you already know about it or you don’t care. Also, it didn’t help that the weather in Dallas has been terrible lately. Rain and hail just keep showing up whenever I have plans to go hang out with people, but when I decide to stay indoors, oh it’s nice outside during those times isn’t it? 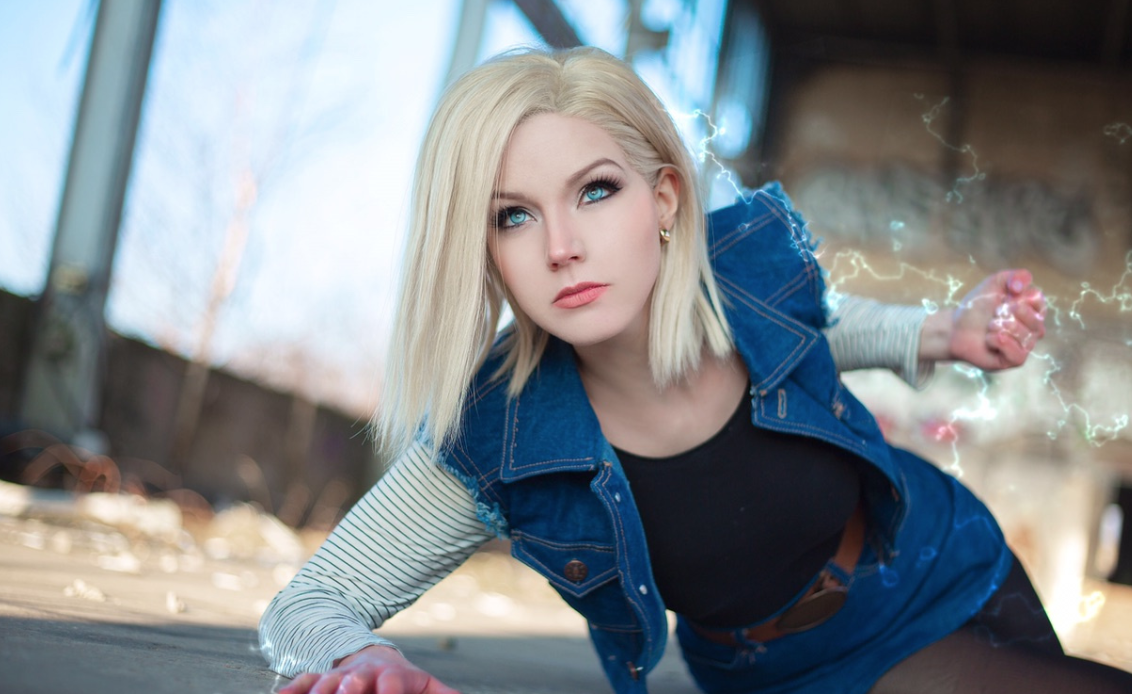 Ironically though, all the cancellations and calls for censorship just made me interested in going to the convention more (although I really could have done without the heavy rain that day). I’m not a big Dragonball fan, and to this day, I still don’t know who Tien actually is. But when certain members of my anime club planned to go on that Saturday and asked if anyone else wanted to come, I could not say “yes” fast enough, I’ll tell you that. It’s not like it costs much money, plus seeing the Dragonball fans enjoying themselves held a certain amount of appeal. Plus, I won’t lie, I was curious to see for myself how the situation with Vic would be handled, and if anyone was going to start shit with him.

Wasn’t too concerned for my own safety since aside from a homeless man sexually harassing an outdoor cosplay group that I was a part of (who was thankfully arrested a few hours later), I’m good at avoiding major convention controversies. When Dominique Skye thought she could start shit, I was holed up in a giant ballroom watching a bunch of Vegetas try to outact each other. And I never ran into Bardock Obama at all, although to be fair, the guy has laid low after his Crunchyroll Expo controversy. Haven’t heard any harassment tales from him since last September. 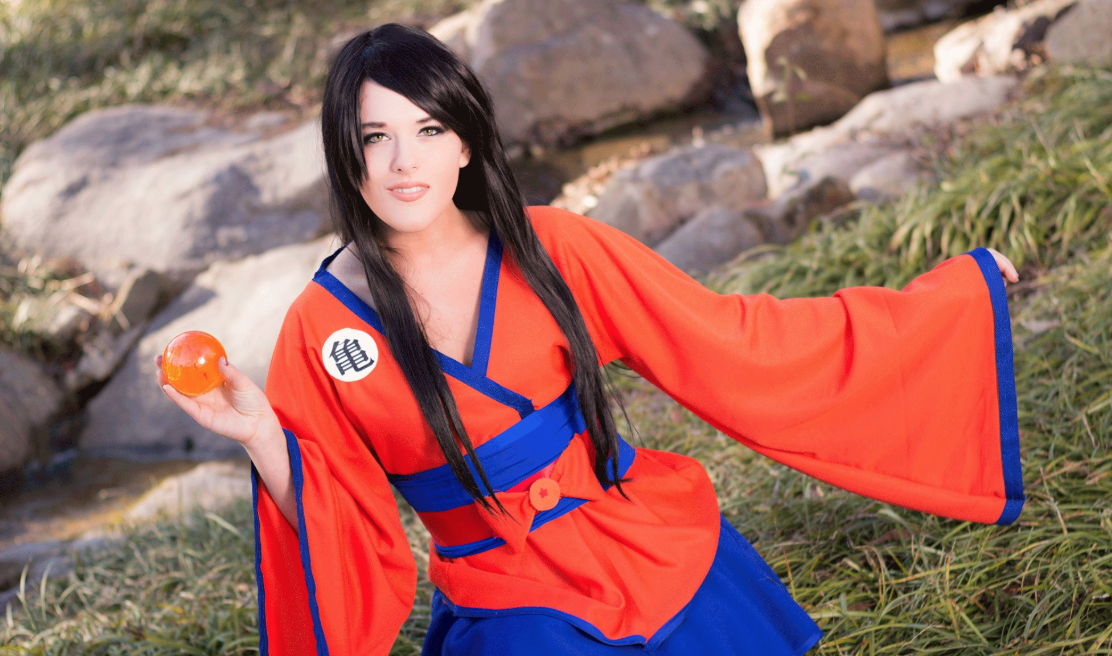 For those who don’t know, Kamehacon was held at the Irving Convention Center this year, and probably due to the rain, there weren’t as many people as I thought there’d be. Whenever I saw a huge crowd, it would be because either Chris Sabat or Vic Mignogna was there, and it only really got intrusive with Sabat because Vic was pretty much confined to one area for the entirety of the convention. I wasn’t complaining too much since this meant I was able to walk around freely without bothering the actual Dragonball fans attending the thing, but I will say that the ratio of cosplayers to people dressed in normal clothes leaned pretty heavily towards the latter. And what should be a surprise to absolutely no one, the most popular cosplay was either some form of Bulma or some form of Goku. Not as much Bunny Girl Bulma as I thought there’d be, but there were quite a few female Gokus.

Of course, I saw a lot of the usual Dragonball cosplay suspects there. Cell. Videl. Roshi. Androids 17 and 18. Saiyaman. And of course, Cheelai is the new hotness at the moment. However, there were a few rare ones too like the Ox King and Launch. Needless, they all looked pretty cool for the most part, although I was only motivated to take a few photos. My personal favorite had to be when someone dressed up as Arale from Dr. Slump for two reasons: 1) I’ve never seen an Arale cosplay before. 2) Arale’s character design is pretty cute in my opinion. 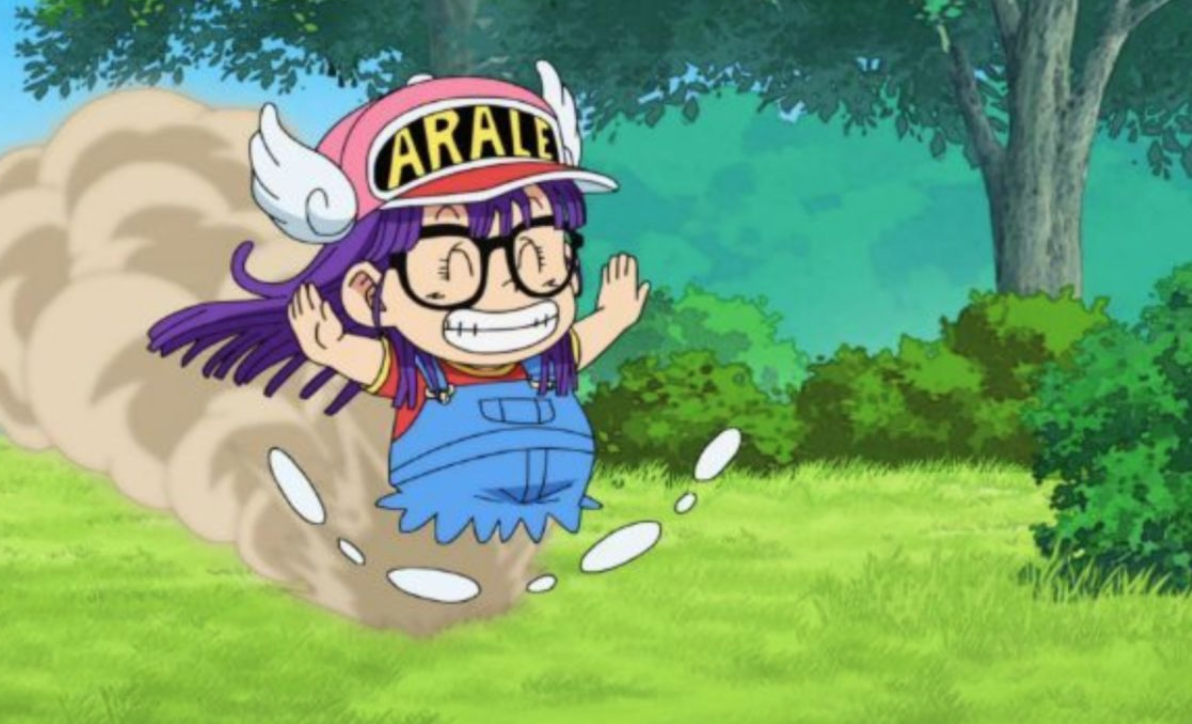 However, there were also a few cosplays from works not written by Akira Toriyama like Link from The Legend of Zelda and Lucy from Fairy Tail. Fun fact: do not dress as a character from a completely different franchise when you’re at a convention that specializes in one particular series unless a connection can be proven because otherwise you’re going to get funny looks. Luffy from One Piece and practically everyone else from Shonen Jump makes some sense since they’ve all crossed over with Dragonball at some point in their lives. But what connection does Harley Quinn have with the franchise? I don’t recall her being a fan in anything she was portrayed in.

As for what I did outside of staring at the cosplay, not really much if I’m honest. I only had time to walk around the convention for like five hours, and a third of that time was spent eating lunch and shielding myself from the rain. Also, there wasn’t really a whole lot to do besides look at cosplay and watch fans look back on how Dragonball affected their lives. The dealer’s hall had the usual art booths along with a big TV where attendees could play Dragonball Fighter Z with each other, but surprisingly you couldn’t buy the manga or the anime at the convention. All the English voice actors attending the convention with the exception of Vic were there for autograph signings, but the line for Chris Sabat was (predictably) larger than the other twenty or so VAs put together. Poor Chris Patton. I saw his empty table and man, he has really lost a lot of popularity over the years, hasn’t he? 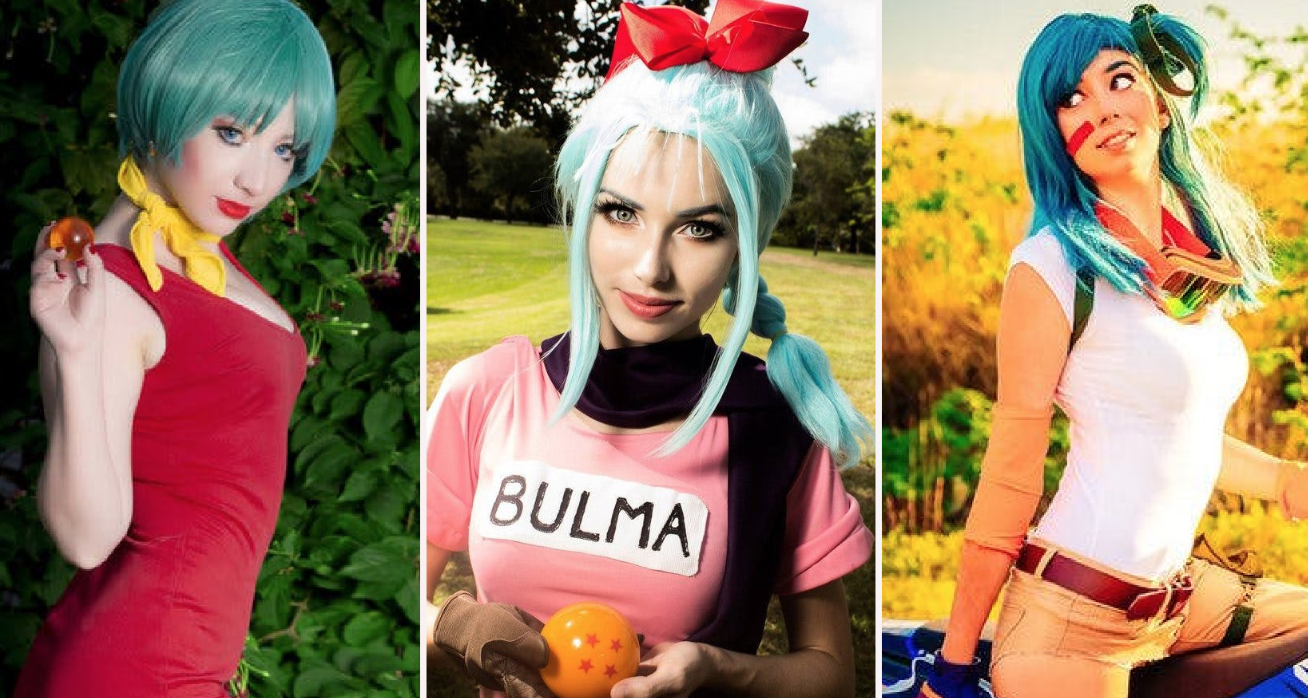 Vic had a floor all to himself on the fourth floor (note: the dealer’s hall was on the first floor), far away from the other voice actors who hated him, and surrounded by guards who were there to both simultaneously keep his detractors away whilst being ready to handcuff him the instant he actually proved the many negative rumors about him. And that was a good thing in more ways that one because his line was huge to the point that you weren’t allowed to join it if you had to wait two hours to meet him. In fact, I think his line was longer than Sabat’s. He was pretty visible in his large open space though, so looking was free as long as you didn’t go beyond that. Yeah after the trouble I got into trying to take a photo of Sayo Yamamoto when she came to Animefest, I wasn’t looking to get any more involved with con security.

I was only able to attend two panels during my time there. One consisted of a bunch of Dragonball fans reminiscing about how they came into the fandom and all the Linkin Park AMVs that came out back when Youtube was still new, and it was alright for what it was. The other consisted of the various voice actors that Vegeta has had over the years, including the guy who does the Latin American Spanish dub, come together and say their classic lines whilst giving their opinions on Vegeta as a character, and I don’t think it’s going to be a surprise to hear me say that this panel was the highlight of Kamehacon. Unfortunately Ryo Horikawa (Vegeta’s Japanese voice actor) couldn’t make it to that panel. I don’t know if any of the rumors surrounding why he wasn’t there are true, but given how much of a voice acting god he is, it’s still a shame nevertheless. 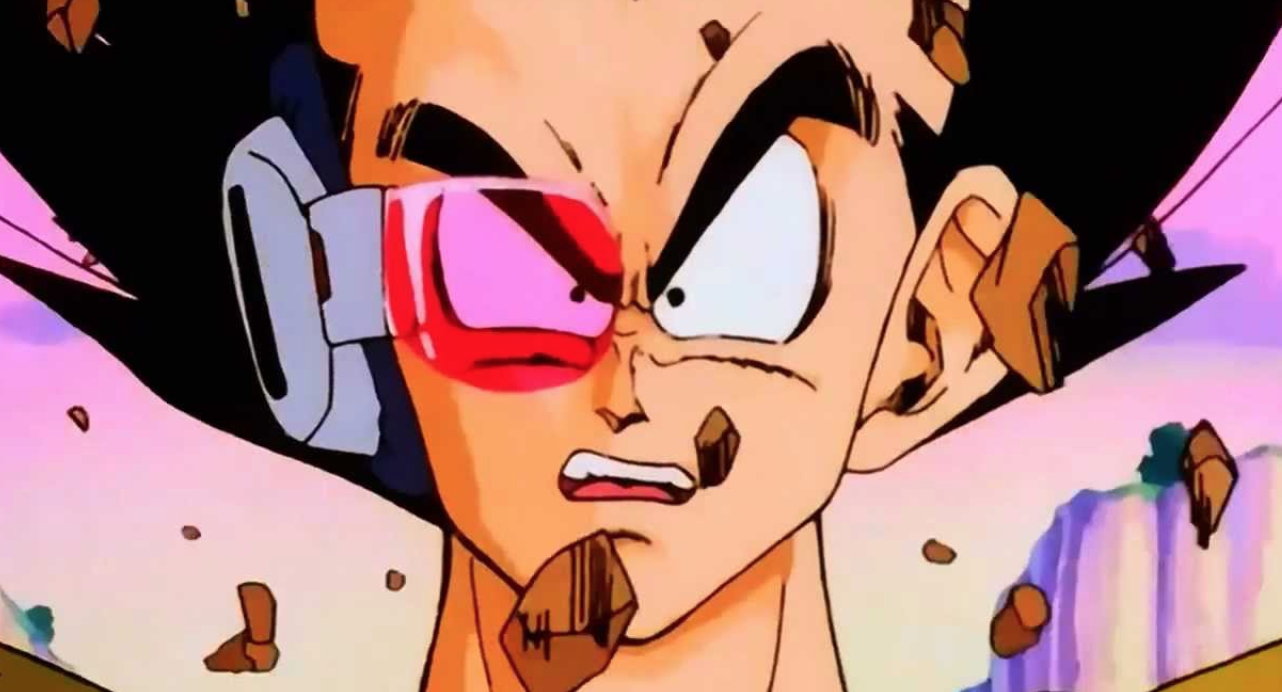 That said, it was great to hear Brian Drummond’s Vegeta voice again. I obviously grew up with the Ocean dub and that nasally accent is just comforting to my ears. And I could not stop cracking up when the voice actors talked about the birth of the “it’s over 9000” meme. I wasn’t even aware that the original translation was supposed to be that it was over 8000 until now, but the fact that allegedly, the original voice director said “it’s okay, no one is going to remember this line anyways” when getting Brian Drummond to say that line was comedic gold. Had to go home after that panel though because I had work, plus I was suffering from sleep deprivation at the time for reasons you don’t need to hear. Don’t know how the night rave was since none of my friends stuck around for that, but if it doesn’t have the THOT patrol doing strip teases on a lamp post, it can’t have been better than last year’s A-Kon.

Kamehacon was a fun time during the few hours I was there, but it’s not something I’d devote an entire three-day trip to even if I was a huge Dragonball fan. Seeing just Dragonball cosplay everywhere gets old after a while, and I prefer my conventions to have more variety overall in terms of what kinds of media to talk about. At least include a Dr. Slump panel so more people would learn about that series. That said, I’ll probably go again for one Saturday next year if the convention still exists then, and hopefully when that time comes, I’ll have actually finished binging all of my Dragonball DVDs.

2 responses to “The Kamehacon Experience”