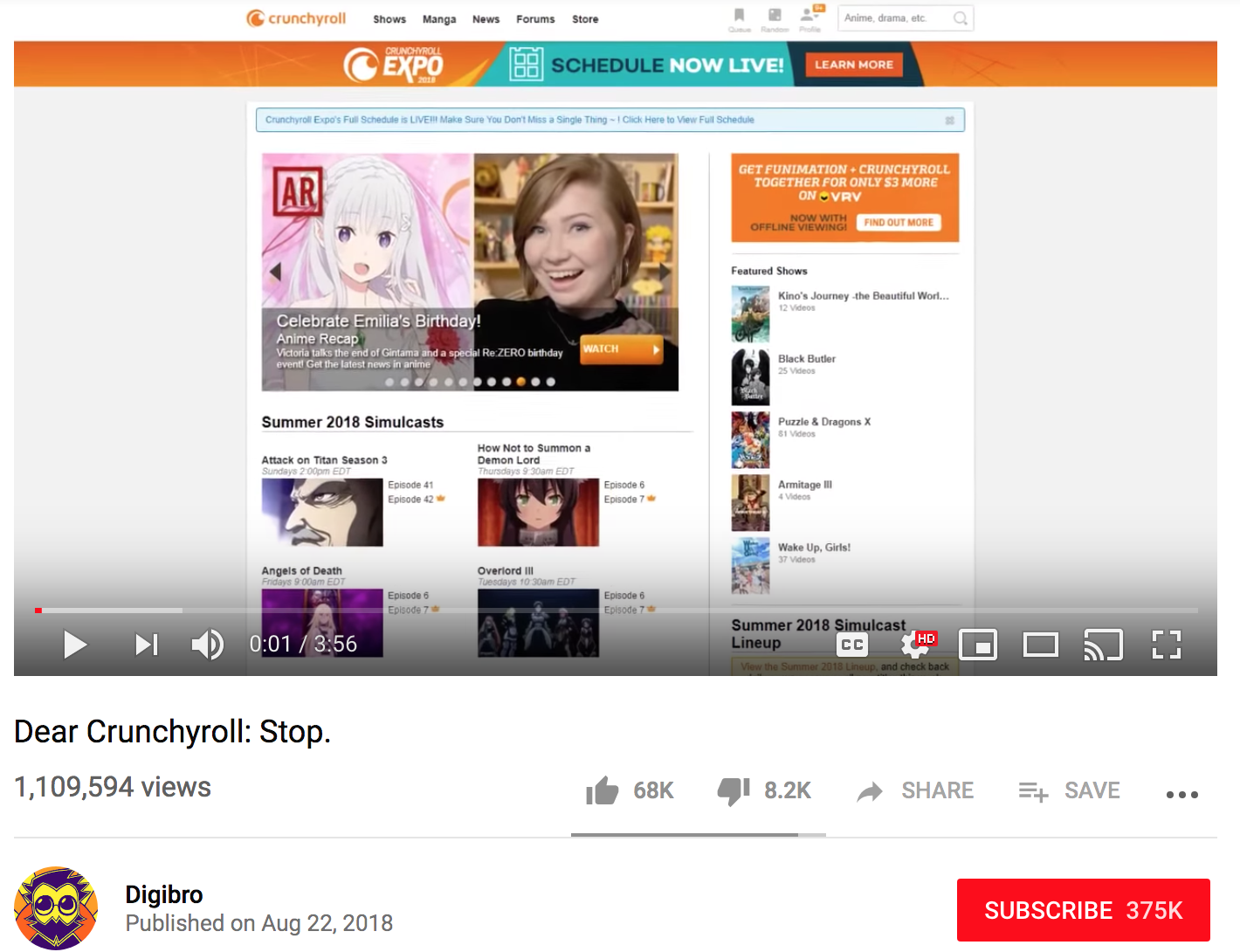 Self-explanatory “runner-ups” post to hammer in how bad the year was for everything surrounding anime.

How was you guys’ Christmas? Good? Well let’s celebrate the post-Christmas blues by giving attention to all of the anime-related controversies that didn’t make it into my Twelve Days, but deserve some comments from me anyways. Not going to post links, but you can easily look them up based on the images I associate with each controversy. Let’s hope we get much less of this shit in 2019. 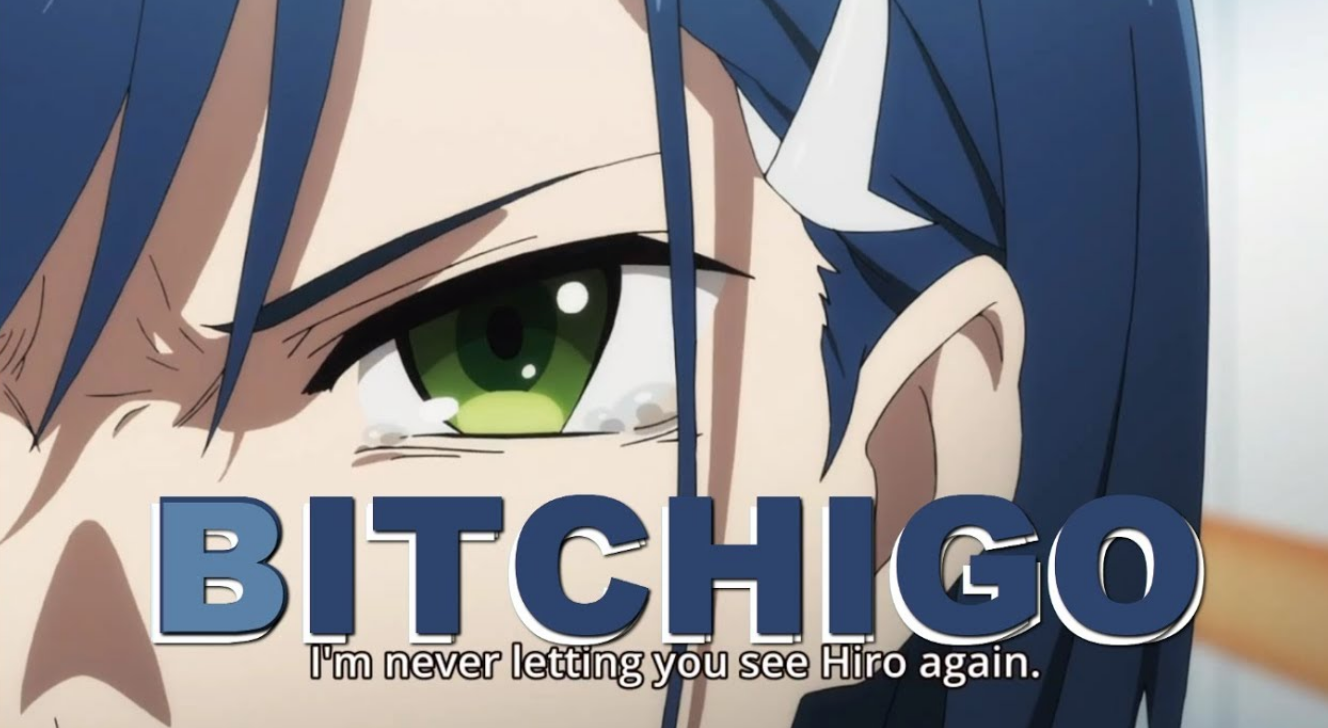 Dear lord is the online shipping community a minefield. I generally don’t understand why people get so obsessed with animated relationships that they feel the need to threaten the actual voice actors, but then again I don’t understand the obsession with manga either. 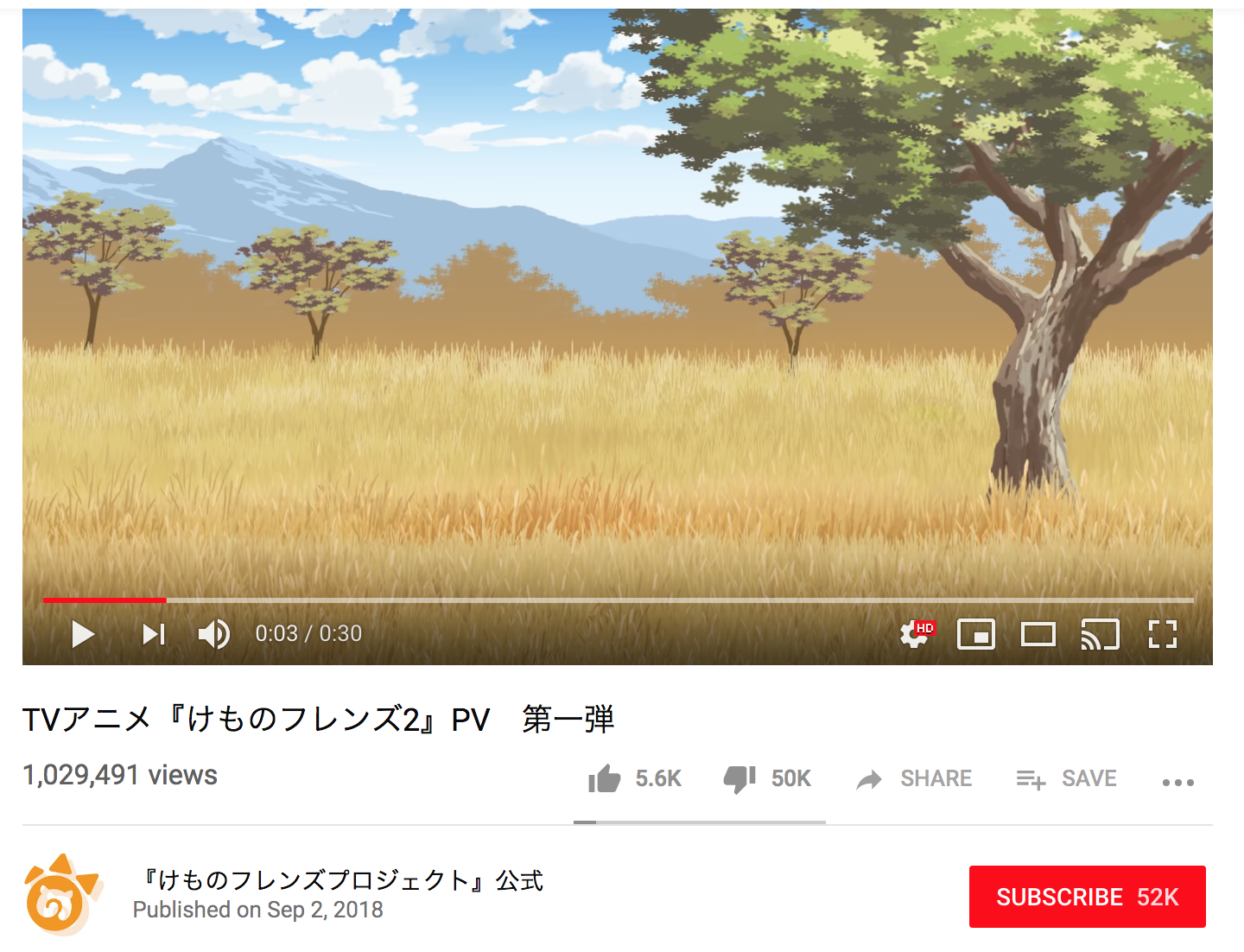 I think Kadokawa has officially lost their minds at this point in time. 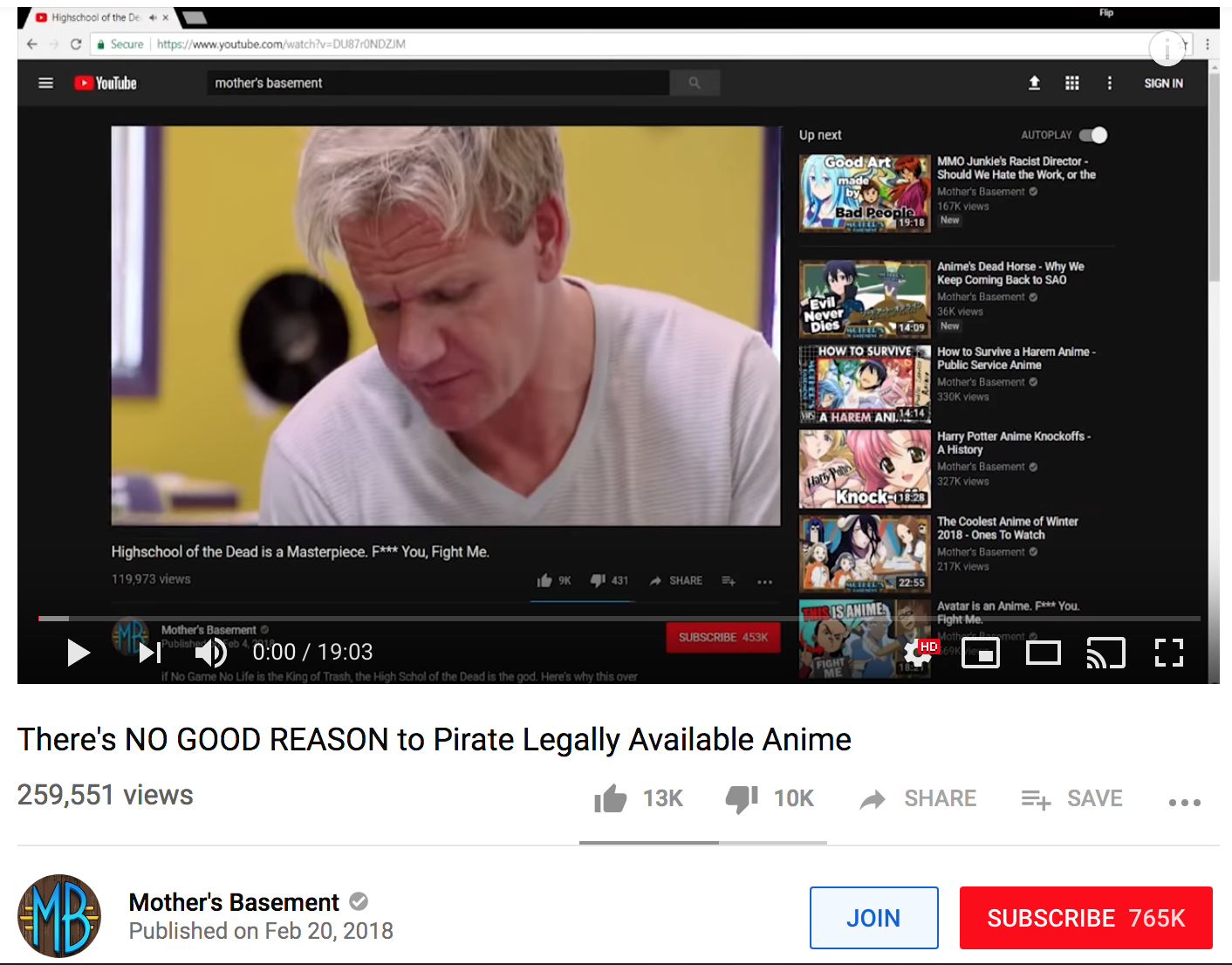 Piracy Is Wrong According To The Pope

Look, I’ve met Geoff in real life. He’s a pretty cool guy with a lot of interesting things to say about anime, and it’s nice to see someone with close ties to games journalism who isn’t a complete asshole. But something about the Internet just sucks away his charisma and ability to discuss things properly. It’s like listening to Extra Credits after they stopped being good. 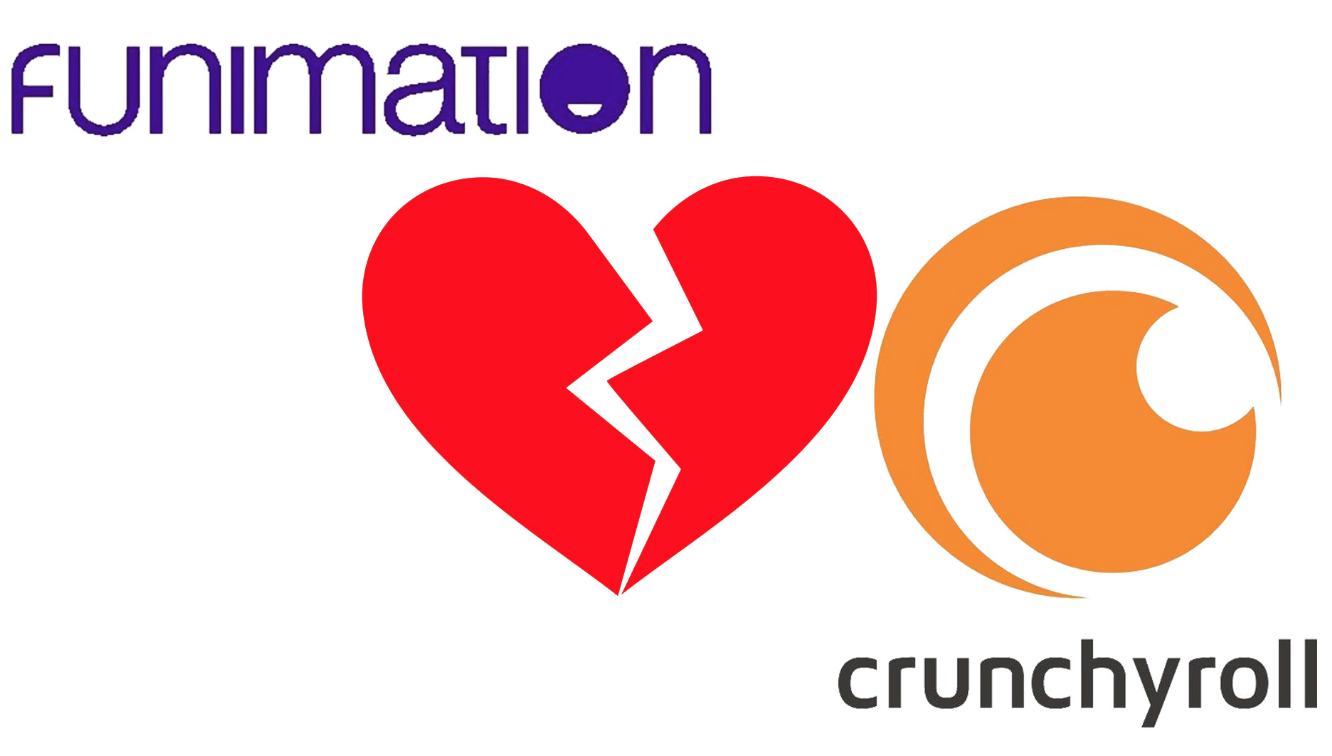 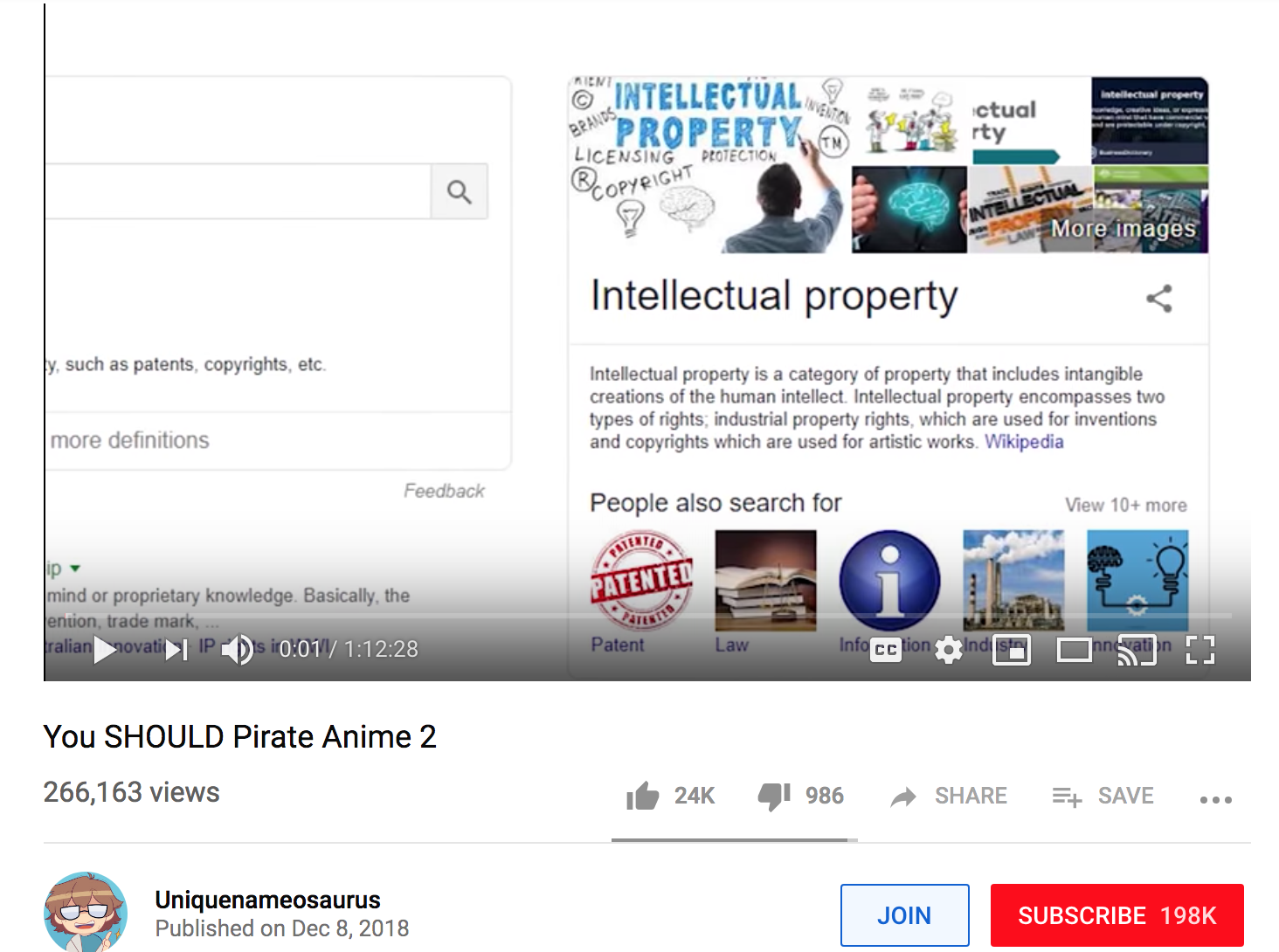 I guess the points are fine and it’s nice that the video managed to raise a ton of money for a good cause, but calling for a massive change to the status quo is not something that just anyone can pull off. If this video had been made by someone who didn’t fall into the same trap as his detractors by comparing exclusive anime to exclusive video games, denouncing the value of blu-rays in general, valuing the online anime community way too much, and not having the economic knowledge necessary to promote real change, I might have seen where he’s coming from. 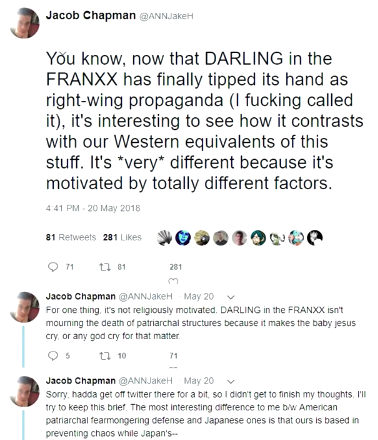 Darling in the Franxx is Loved By Nazis?

You know, Franxx has a lot of legitimate issues, ANN. Why can’t you concentrate on those instead of this bullshit that would make Cinema Sins laugh? 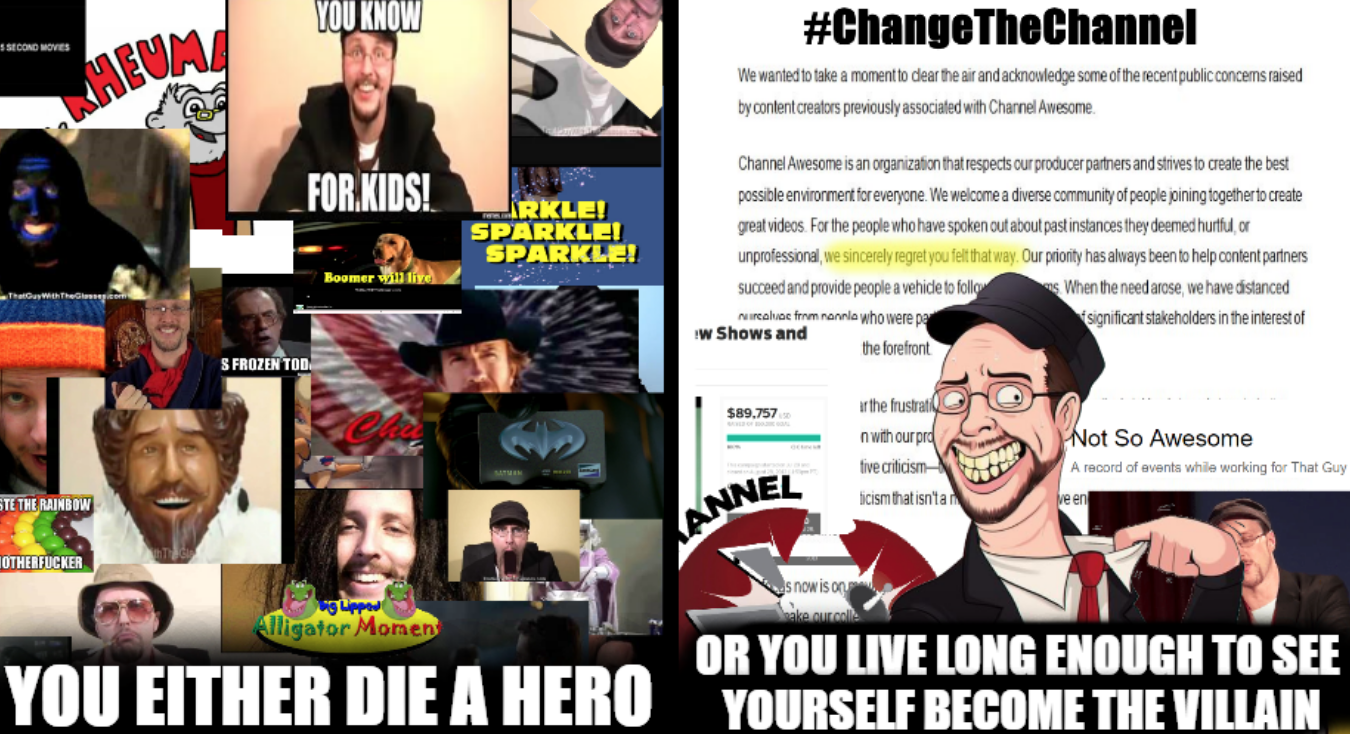 I have a lot of problems with Channel Awesome. Their content is very dated now compared to this current Youtube era we’re living in. More than 75% of the people associated with it is an asshole or turned into an asshole due to their poor experiences with them. And looking at their management really makes me glad that my anime club is run by some of the best people ever. Hopefully it stays that way for a while. 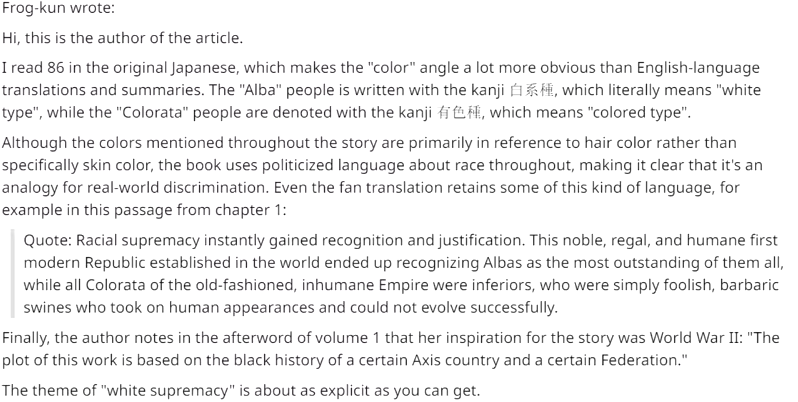 I don’t know anything about the light novel that Kim is talking about here, but even if it was about white supremacy, it’s pretty much a golden rule at this point that you should never bring up real-world politics when discussing anime. It’s kind of like the golden rule that you should never flag videos on Youtube videos that are insulting you. A rule which Mundane Matt broke this year, and look how that turned out for him. 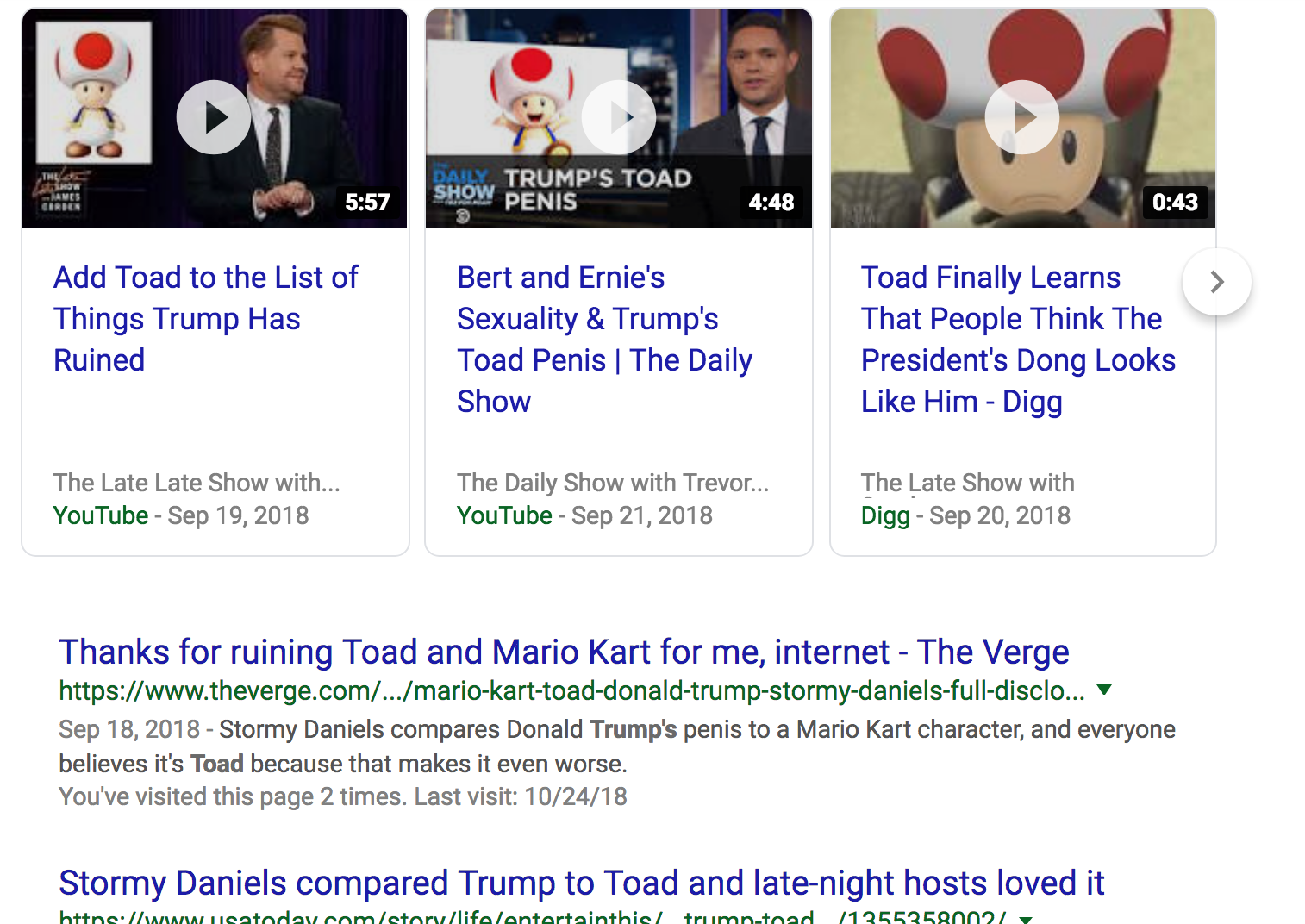 This controversy was hilarious, and I will hear no word from anyone who disagrees. 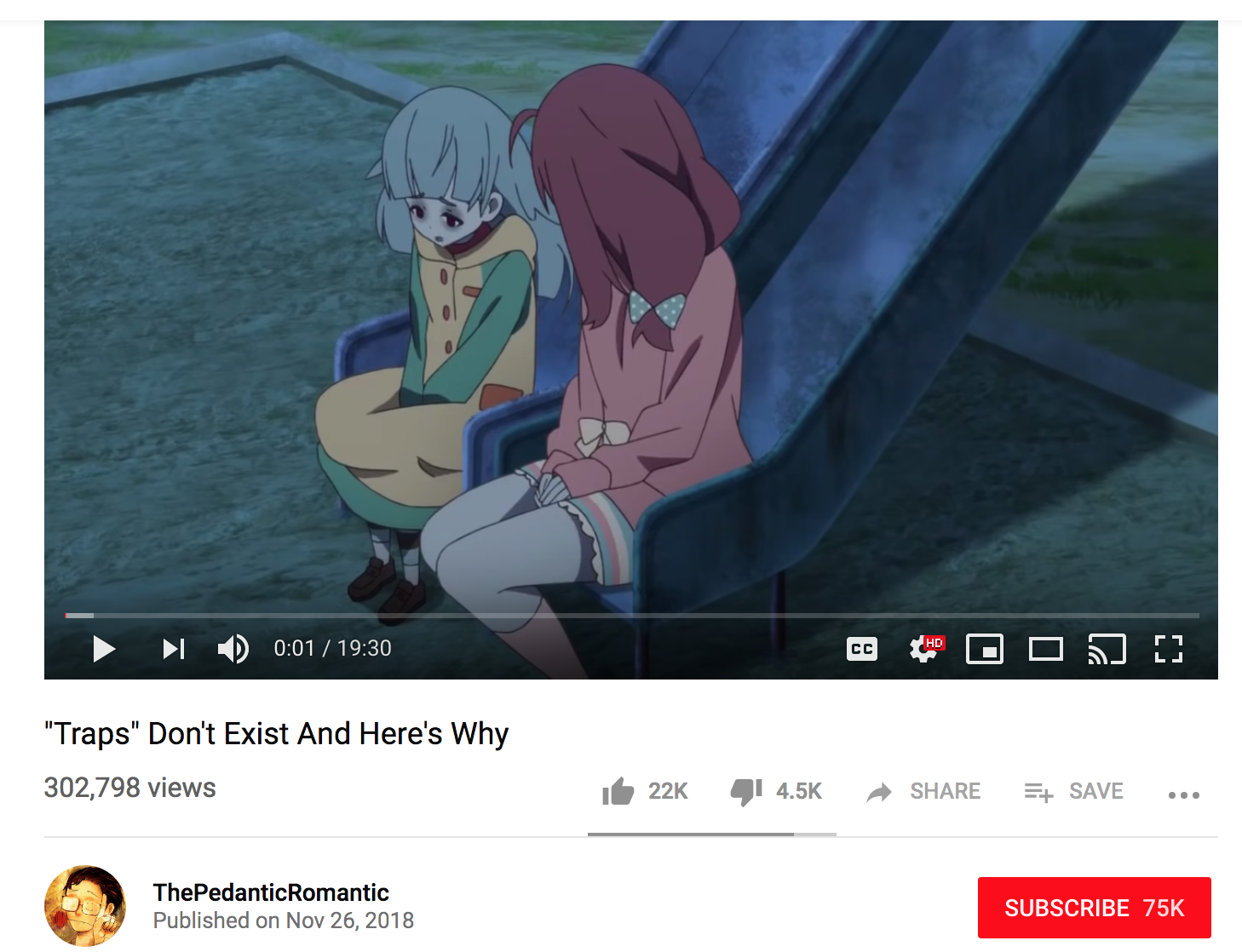 Traps Are A Lie!

Please explain to me why anyone anywhere would want to be known for making a video like this. 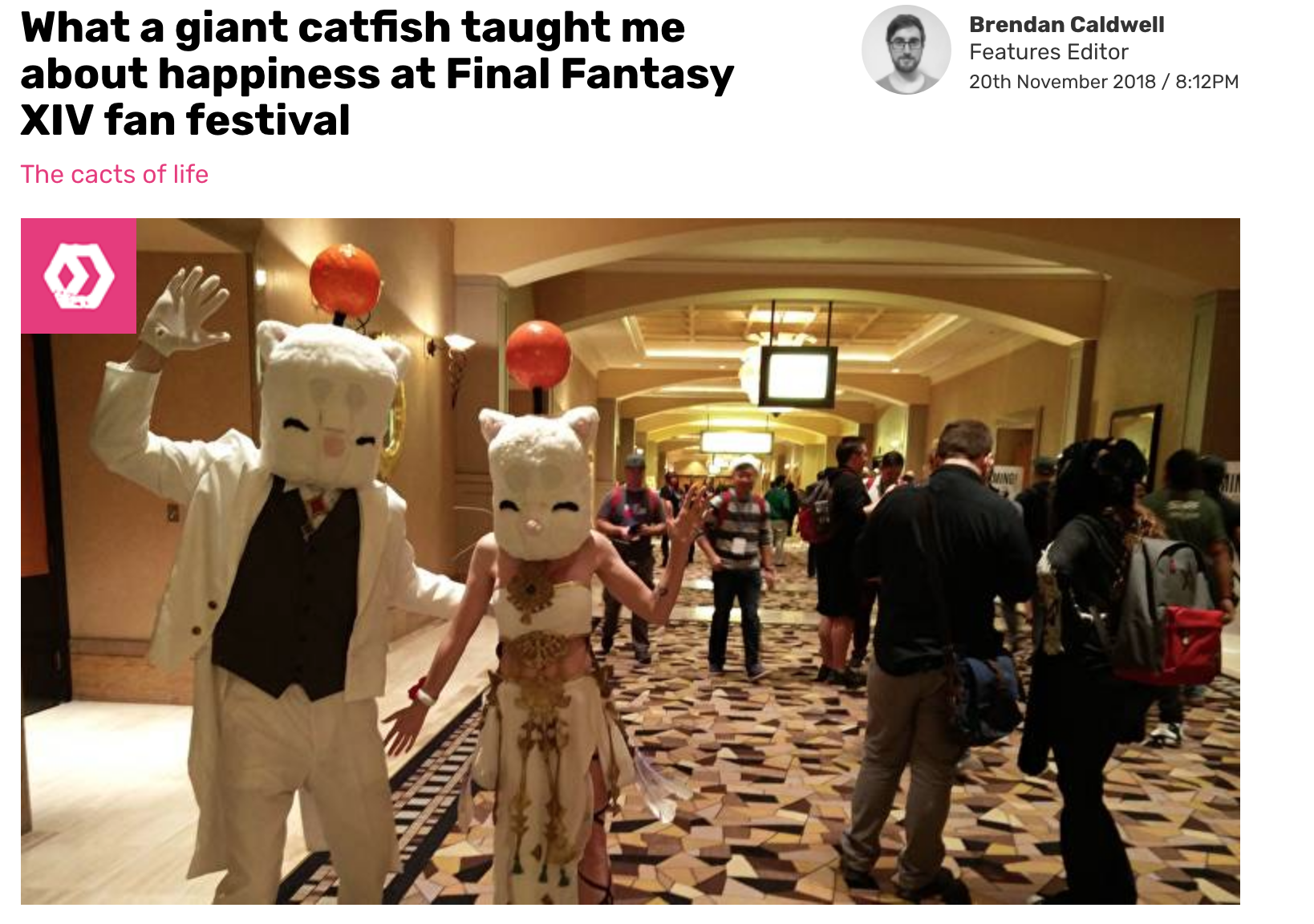 Okay, I’m not going to pretend that my own convention behavior is the greatest. I once questioned the new Spiderman costume from the recent PS4 game to a guy who was cosplaying in it. I called someone dressed as a giant Pikachu, Deadpool. But when I go to a fan convention, I go there to have fun with other fans whilst respecting whatever they liked. Even during my phase when I looked down on anime fandom, I never brought that behavior to a con like this asshole did. 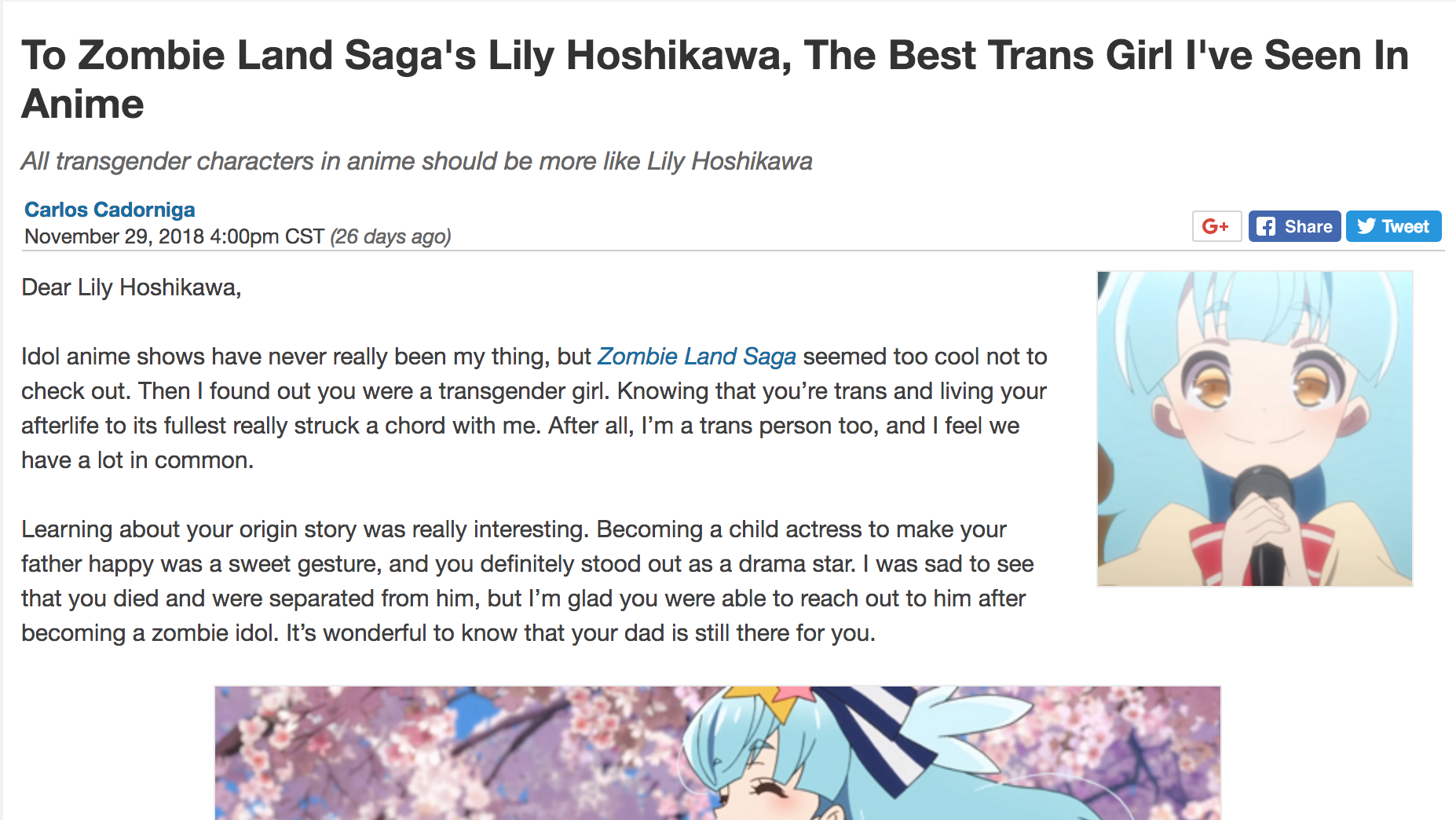 Oh for god’s sakes Crunchyroll. Why are you even allowed to have article writers on your site at this point? This is the kind of post I would have written years ago and people would have rightfully made fun of me for it before blocking me from social media. And at least I never spoiled f***ing plot twists in the goddamn headline. 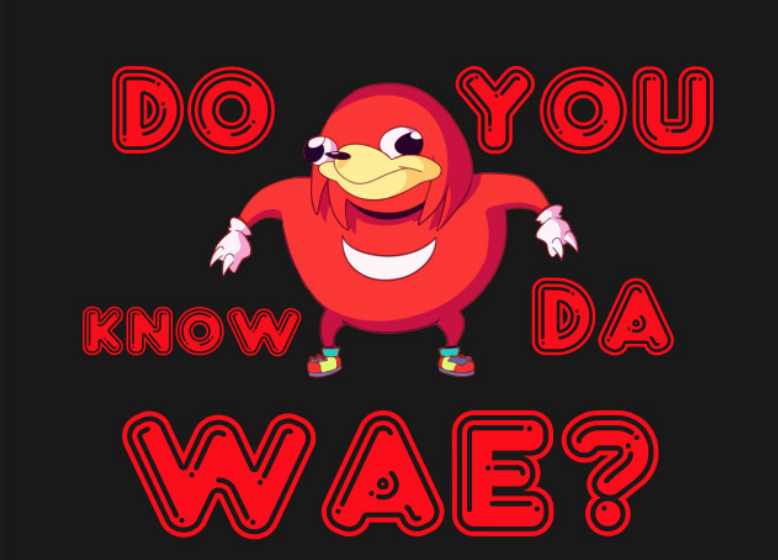 Do you know da wae? 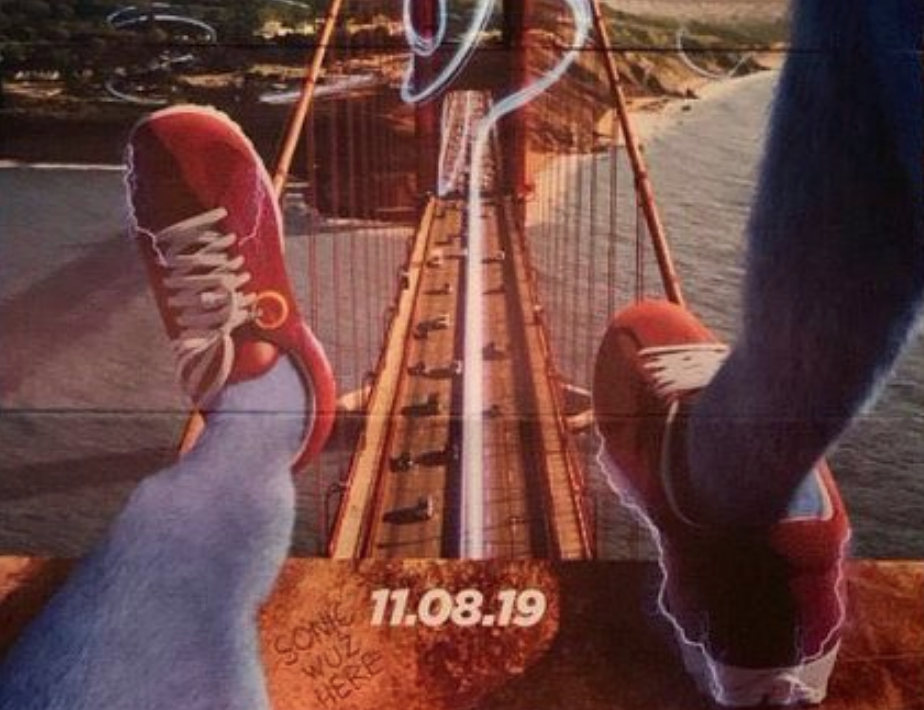 Edit: I probably should have put Bardock Obama being invited as a CR Expo guest and getting exposed for his harassment of Digibro, Pedantic Romantic, and several other people on this list, but I honestly forgot he ever existed.