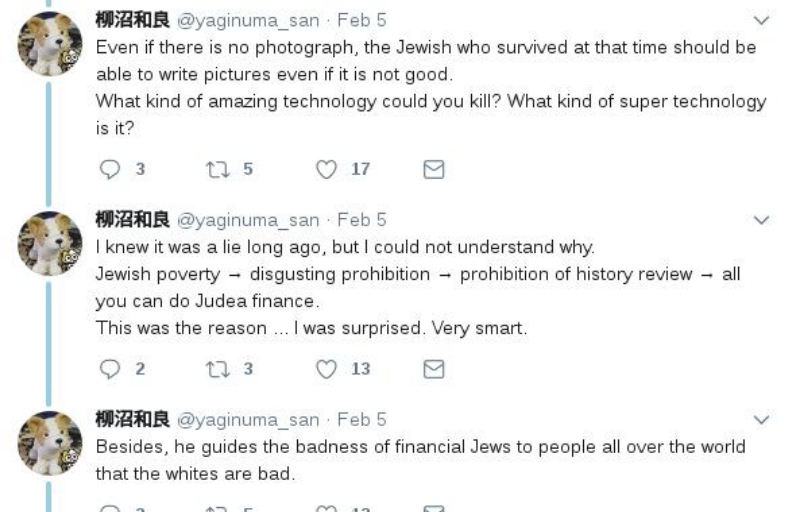 Just one of the recent tweets liked by Kazuyoshi Yaginuma, director of MMO Junkie and several episodes of Pokemon: Generations

And there's much more. pic.twitter.com/384ILL8fLJ

God, I hate this guy. Not only because Kazuyoshi Yaginuma was revealed around the beginning of this year to be a giant anti-Semite who can’t shut his fucking mouth or hire someone to moderate his tweets, but also because he is the most talentless waste of space to ever have hateful views in the anime industry, ducking under an incredibly low bar set by Yamakan. And let’s not forget that Yamakan is so hateful on social media and to the people he works with that he actually got his account suspended. Yeah, good luck getting an audience to watch your upcoming movie you ass.

But moving back to Yaginuma, it is downright laughable that I’m supposed to believe even for a second that this guy is supposed to be some figurehead for the right-wing portion of the anime fandom given how he has no talent in animation whatsoever, with the episodes he’s worked on for shows like Flip Flappers and Shin Sekai Yori being easily the worst episodes of their respective series. It’s like trying to defend a guy who has worked on Gurren Lagann, only to realize he worked on that fourth episode that most fans would agree was shit. And then there’s Recovery of an MMO Junkie, which I honestly can’t look at anymore without thinking of the gas chamber-denying influence surrounding it. 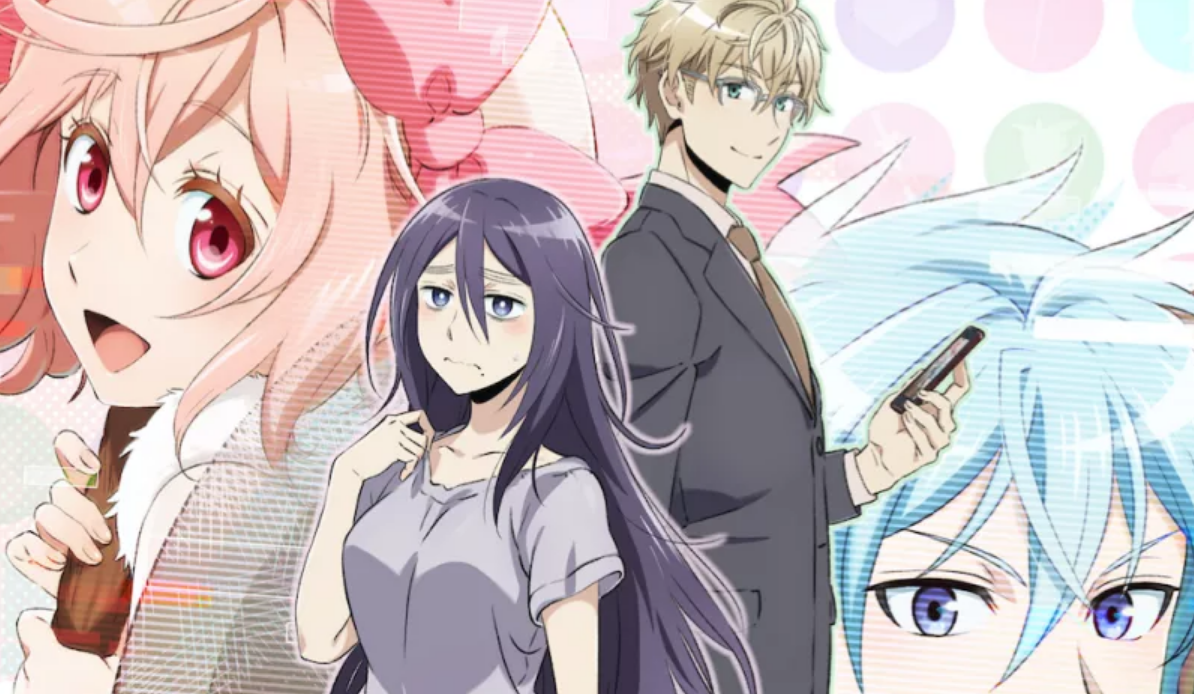 When people were watching Recovery of an MMO Junkie, did they honestly think this animation looked good? Did anything about the show really make them go “wow I need to figure out who directed this so I can look forward to his next anime”? Of course not, because if they had, it wouldn’t have taken until February of this year to find out about his tweets, and we wouldn’t keep associating this director with MMO Junkie in the first place. Literally nobody can bring this guy up without saying he’s the director of MMO Junkie, because they can’t even remember his name. Or any semblance of visual talent. His assistant could have directed MMO Junkie better than he could.

Japan is blowing their tops on crunchyroll being deceitful assholes.
ABOUT DAMN TIME pic.twitter.com/uBxmrm8Q8b

And who can forget his when he tried to discredit Crunchyroll by saying they stole money? Let’s assume for a moment that’s true: why is he the only one coming forward with this? People respond by saying “because he has nothing to lose now that CR cut ties with him”. To which I respond “okay, but why should his word mean anything? He’s an asshole and a nobody. Give me someone trustworthy to say those things”. Because let’s be honest, no matter how right a person is, it’s meaningless if that person has no charisma. Yamakan has some agreeable views on the industry (that are admittedly getting increasingly dated), but it doesn’t matter because he’s an asshole who can’t offer a good solution to the problem with his own anime. The only thing of his to become a hit was Kannagi, and that was a long time ago.

Of all the people who’ve done terrible things that I’ve highlighted on this Twelve Days, I can’t think of anyone I respect less as an entertainer than Kazuyoshi Yaginuma. I’ve seen people express confusion whether it was okay to continue liking Recovery of an MMO Junkie after this news hit with the majority of them saying “yes” because it’s not like he wrote the original source material. My response is that we start to agree that MMO Junkie would have been better without his influence.

His tweets suck. His anime suck. Literally no one would care if he went away besides idiots who think his word on Crunchyroll means anything. Leave your opinions of him in the comments and I’ll see you tomorrow.