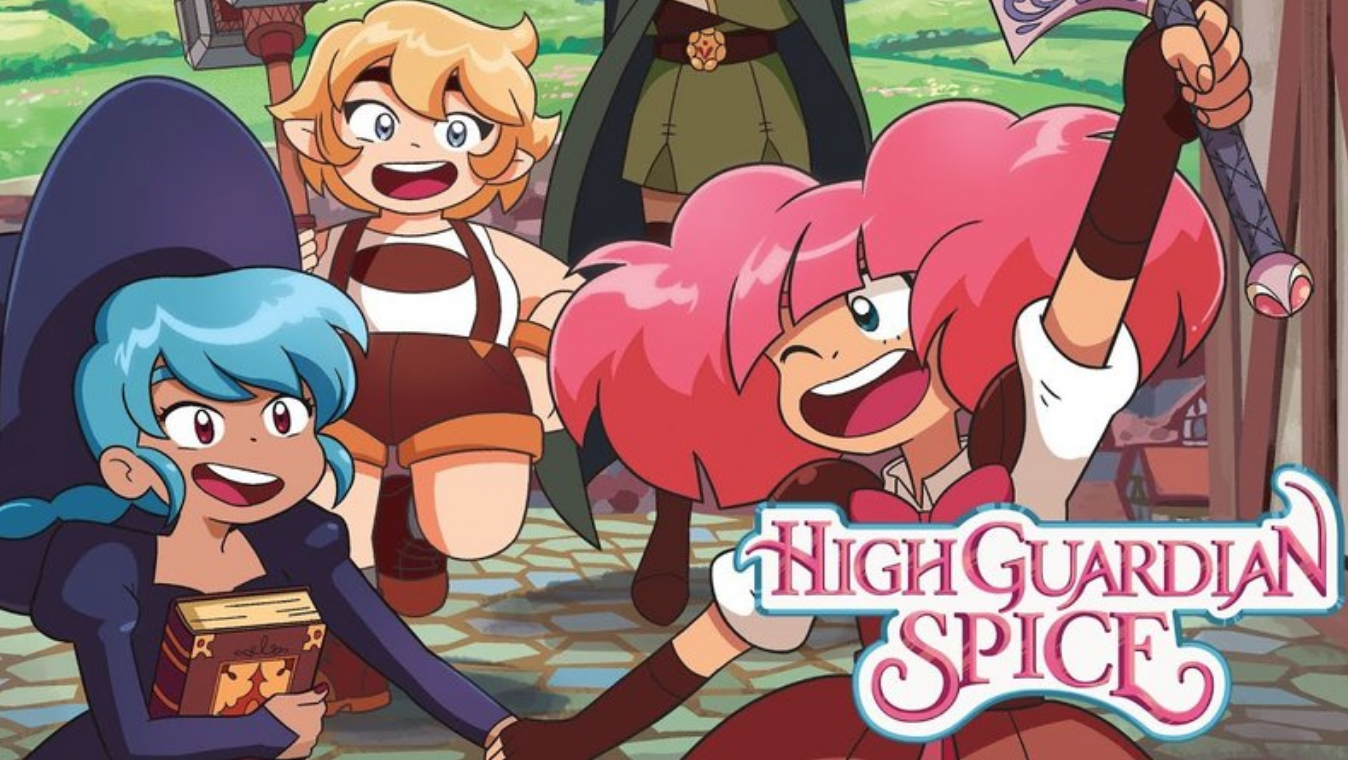 Oh come on. You guys knew this was coming.

Now I’m not going to go into detail about this one because lord knows we’re sick of hearing why this announcement was such a failure. But I will say that High Guardian Spice ranks really high with me as one of the worse anime controversies to happen this year, not only because it nuked my ability to take Crunchyroll seriously ever again, it really changed my perspective on the anime community in a big way. The trailer itself is bad enough given how it focuses too much on the staff and not enough on the actual show (and not even being accurate at that to boot given how it gave the impression that 2-D animation is dying, when it isn’t). I mean at least the trailer for the live-action Kim Possible was honest about its inevitably horrible quality. However, it wasn’t High Guardian Spice’s announcement that got me angry. It was everything I discovered after the fact. 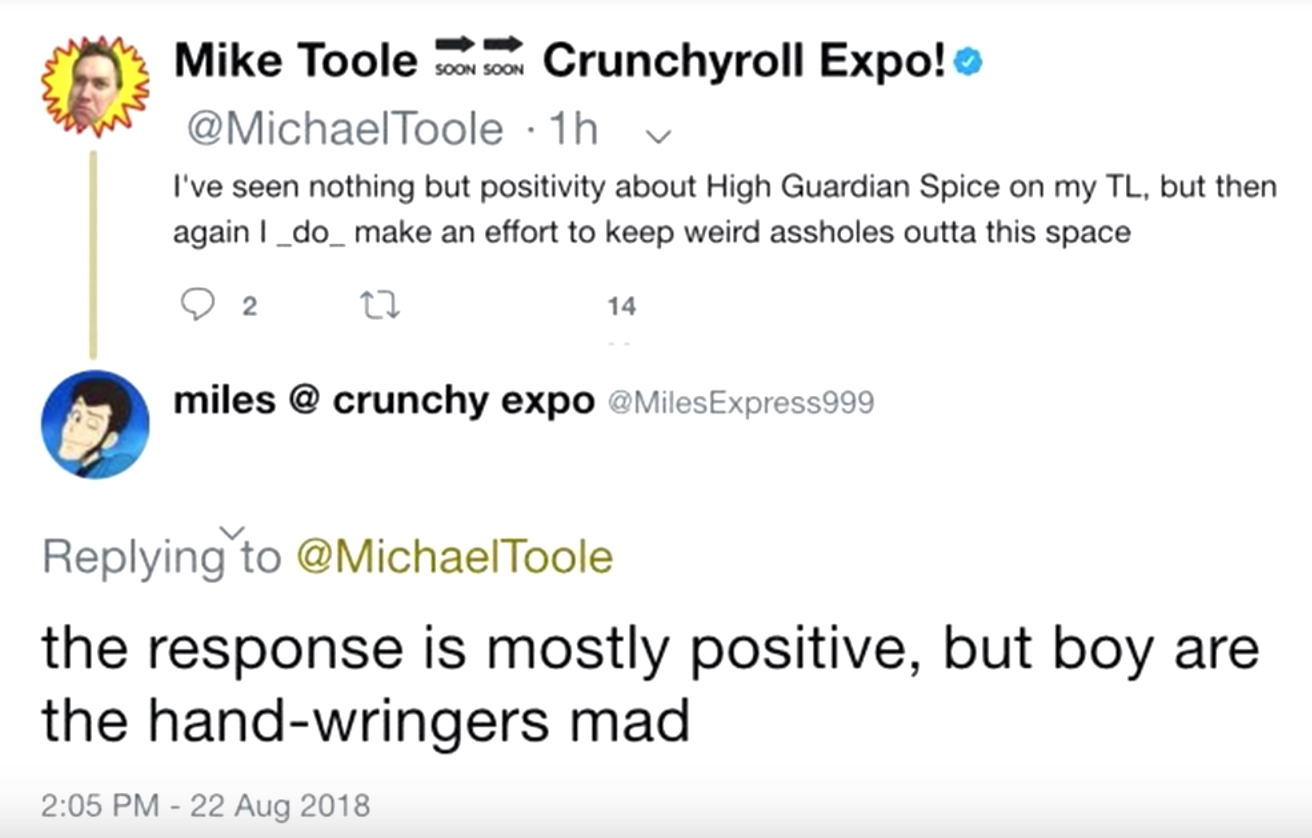 By response, I’m assuming Miles is just talking about his Twitter timeline and those he follows. Because I can’t think of a single better excuse for why he’s saying the response is mostly positive other than he’s just straight up lying.

So you have the comments and ratings disabled for that trailer, which is never a good sign for a show. You have people getting into Twitter drama with Crunchyroll staff, and it was hard to tell who the bigger asshole was in those debates (although if it’s Scratchpoint, it’s always going to be him). You have that idiot director of Recovery of an MMO Junkie trying to claim that Crunchyroll is a scam when he is in no position to be calling names. You’ve got Comicbook.com saying that Crunchyroll fans are defending the show when even a blind man could see that the majority of them were livid.

More importantly though, it was this controversy that finally opened my eyes regarding how bad things have been going for the online anime community since I stopped paying attention to it. After learning about the High Guardian Spice thing, I started doing research to see what exactly people were so mad about and discovered other issues I missed out on like the Danmachi game censorship. Or that video Geoff made about why piracy is wrong (a video that has aged really poorly) and the negative reaction to it. Or the existence of #Comicsgate, although since I don’t even read manga, I think I can be excused for not knowing of that movement. Some of Crunchyroll’s other niggling issues too. I’ve known about the layoffs, bad cloud service, racist forums, and Flash player for years now, but I didn’t realize until 2018 that they were actively removing features from their video player like the ability to go to the next episode and such.

Basically, High Guardian Spice was the reason I started to pay more attention and take the community’s woes more seriously, whilst strangely loving it all the more despite some really annoying complainers fighting for their beliefs. And given how we’ve got shit like the DBZ censorship in Japan currently going on, it looks like the fandom was right to complain. Like I said, the trailer itself is very bad and the fact that you’d have to go to a mediocre convention (seriously, Anime Dallas was better than CR Expo) to get more details on the series (which were apparently mediocre too) was a dick move. But it was the dark new world said trailer thrust me in that really solidifies High Guardian Spice’s position in the Twelve Days.