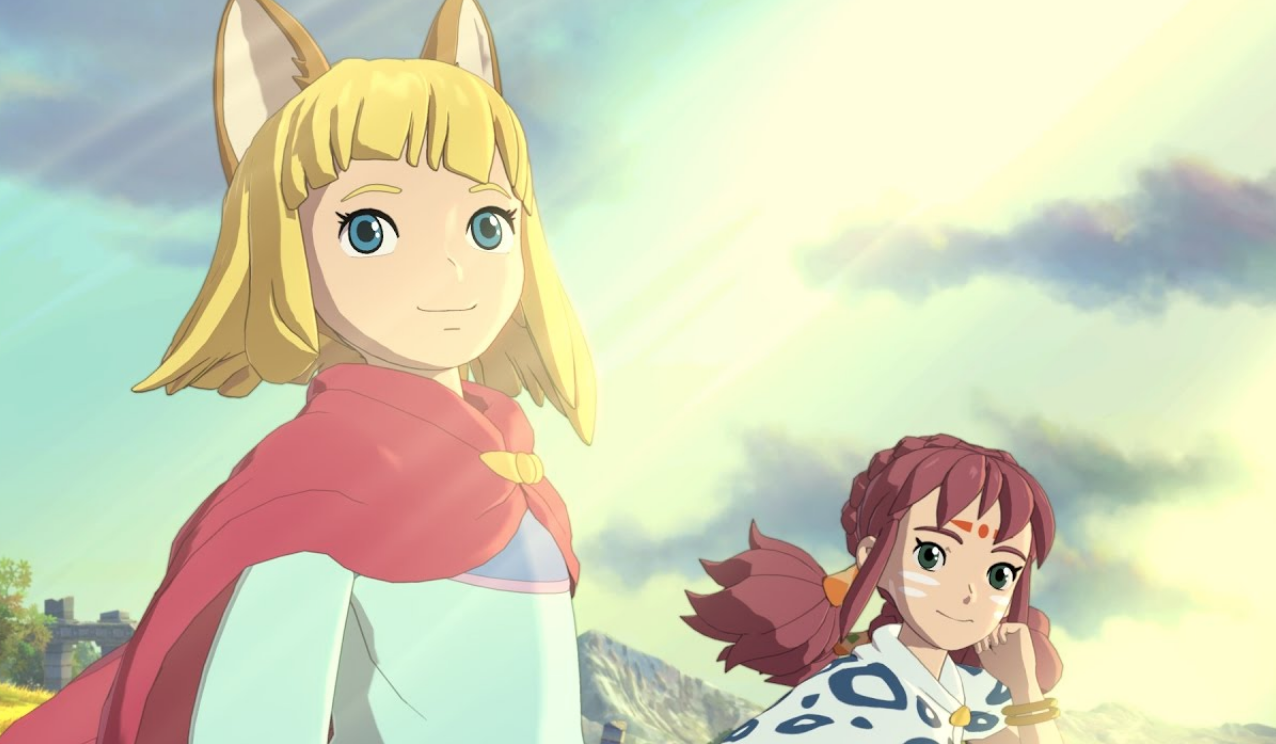 Next big post is going to take some time, so indulge in one of my video game rants whilst waiting for it.

Well the Winter 2018 season is ending soon, and while I previously capped it off by making a summary/ranking post of the anime I’ve watched within the last three months, I’m not planning to do it this season or any future seasons from here on out. Part of the reason is because my next planned anime review is going to sum up my opinions a bit in order to lead into the subject (some of you can probably guess what said subject is going to be since I only review big anime that are relatively new and have finished, and I watch Ancient Magus Bride and Garo: Vanishing Line dubbed so it’s obviously not either of them), but the main reason is because I’d rather not make the rash opinions on anime that I leaned towards in the past combined with how I mostly just binge-watch shows now. Basically, I want to avoid the somewhat unfair initial judgments I made towards Mob Psycho 100 and Made in Abyss in the past by letting the shows I finish stew in my head for some time before I grade them. Although I doubt stewing on The Junji Ito Collection for a few weeks is going to change my opinion on how much it sucked.

So instead, you’re going to have to make do with my video game opinions. Since I don’t really have time to fit in writing about video games on this blog anymore unless it’s for a mini-essay, let alone have time to actually play them because my real life combined with this blog eats up a lot of my free hours, I figured giving it the seasonal summary treatment is the best option for now. And unlike anime, release date doesn’t matter as long as I’ve played it within the January 2018 – March 2018 period. The games are arranged roughly in the order of what I played first to what I played last, and I’ll also talk about some games I want to play in the near future at the end. Enjoy! 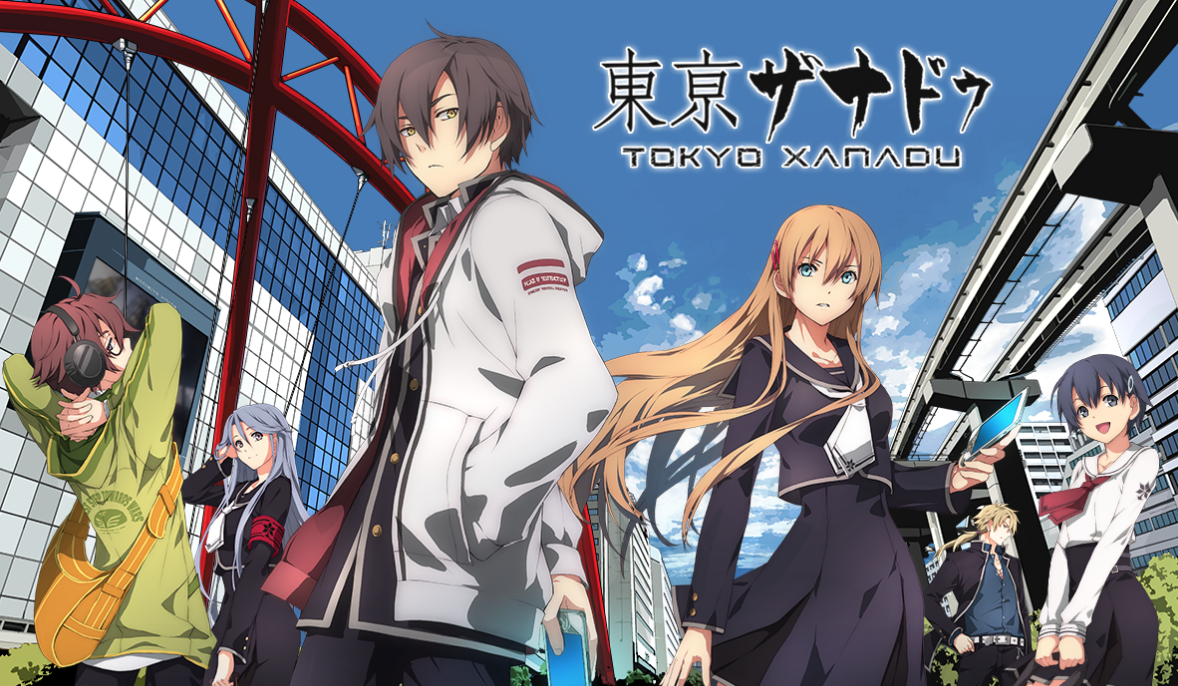 I already wrote a review on this game some time ago, and my opinion of my brother’s Christmas present hasn’t really changed in the months since. The gameplay may have been repetitive and it didn’t make sense that only one party member could be fighting at a time, but I had fun with it nevertheless. Graphics were meh, but about what I expected from a Vita port. Story and character-wise though…yeah I wasn’t a fan. The characters sort of endeared themselves to me despite being cliched stereotypes, but that’s mostly because I was playing as them. And no amount of gameplay could make me overlook how utterly uninspired the plot was, especially when said plot ends up being ten hours too long, and especially when you keep having the game go on just when it looks like it’s going to end.

This was my first Nihon Falcom game and I’m aware Tokyo Xanadu was an attempt from that company to do something different, so don’t think I’m turned off from playing Trails or Ys due to this. I enjoyed my time with this game, but I definitely haven’t thought of it since finishing the thing, which is never a good sign. 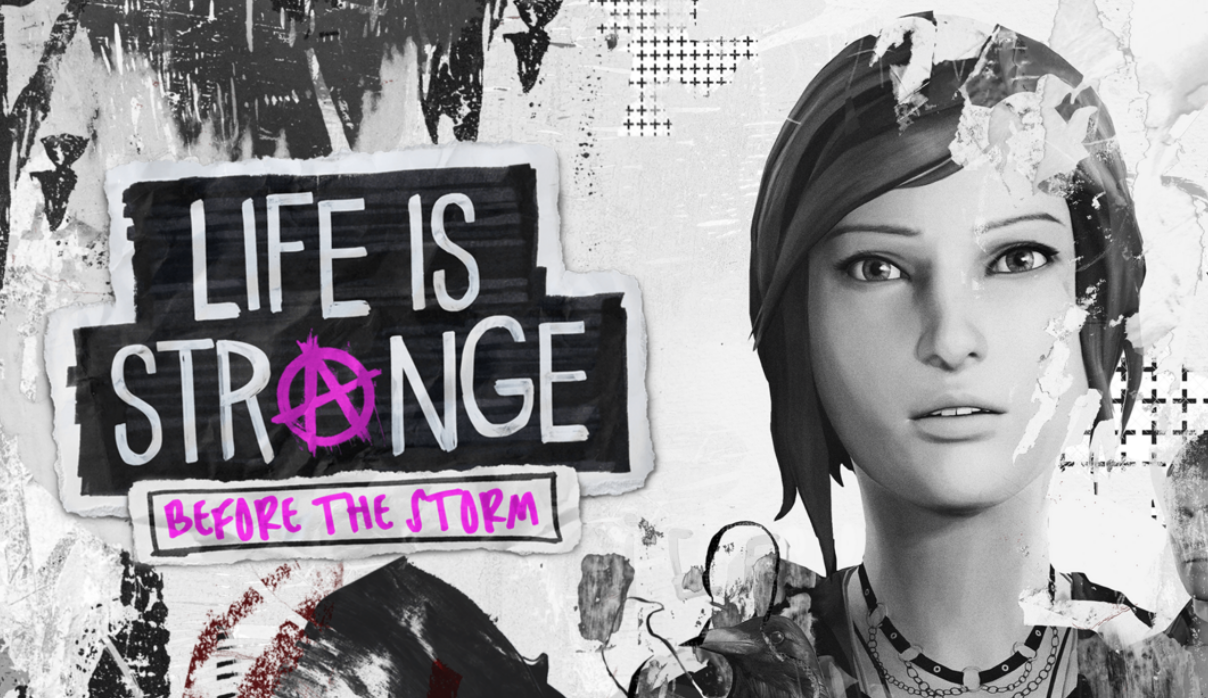 Life Is Strange: Before the Storm

While I loved the first Life is Strange, I wasn’t exactly clamoring for a sequel or anything of the sort after finishing it because I felt like it did everything it needed to do by the ending. That opinion still holds true after playing Before the Storm, but I will say it was nice to see what Chloe was like before she turned her hair blue, as well as see her friendship/romantic relationship with Rachel before a certain murderer got involved. The overall conflict was a little hokey, it still has that adventure game problem of your choices feeling very railroad-y, and I didn’t feel inclined to play it again after finishing. At the same time though, this prequel wasn’t as unnecessary as I feared, and I’m glad it exists.

But seriously, don’t make any more of this series. Please. 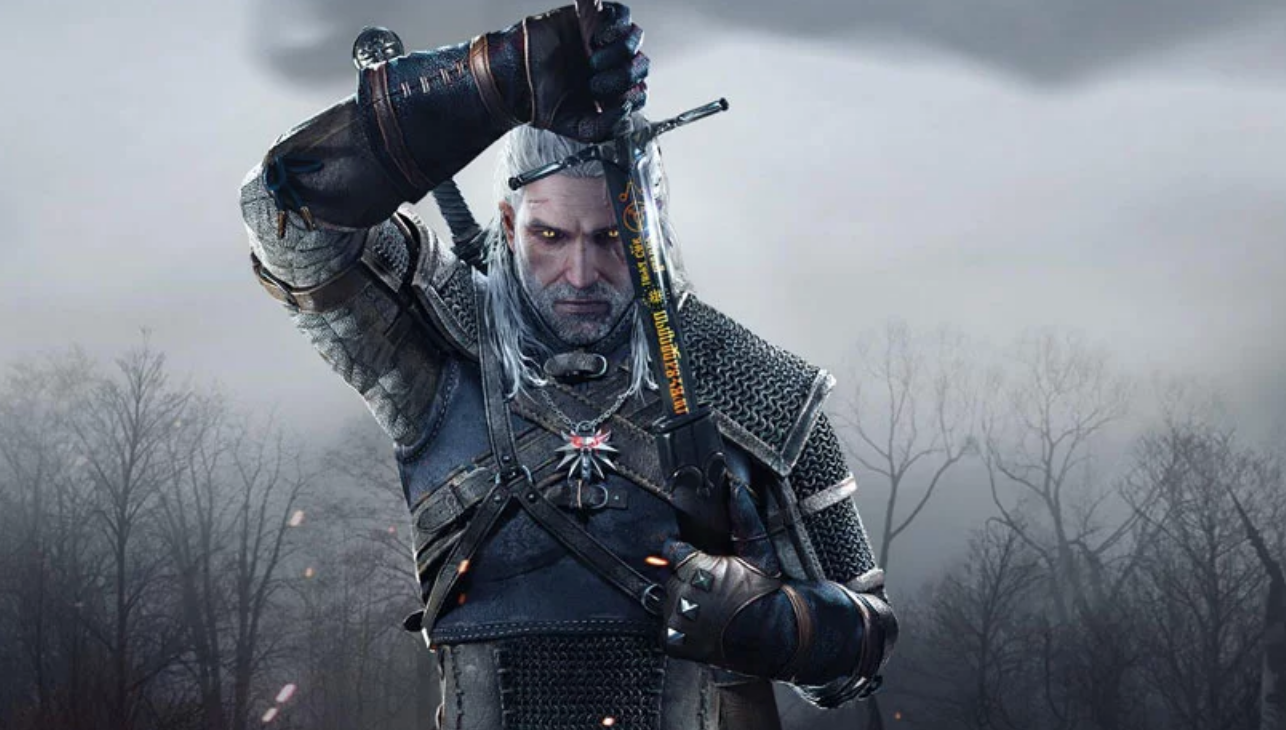 As most of you guys know, I can’t get into the medieval fantasy genre for the most part (mostly when it’s Tolkien-esque or George RR Martin), so you’re probably wondering why I played The Witcher 3 to begin with. Well despite that bias, I did play and even enjoy the first two entries of that awful Dragon Age series back in college, so I really didn’t want to say I couldn’t do the same for a much better medieval fantasy video game. That and Grancrest Senki’s awful storytelling made me want to sing The Witcher 3 to high heavens, but since I didn’t know why The Witcher 3 is said to have such good storytelling, I’d have to play it to find out.

Having gone through it, yeah I can definitely see why the game got so many narrative-based acclaim. The actual gameplay is a bit broken to the point that I got through all the fights by using quick-attacks and the healing shield, but I really did appreciate how organically the story unfolded depending on your choices as well as what surprisingly complex characters you met and helped out. And now that I’ve seen some of the peaks of what the fantasy genre can offer, I am inclined to hate anime fantasy shows (isekai or not) even more. The actual payoff was a bit weak compared to all the buildup, but I really liked the bittersweet ending that I got. I thought it was really fitting compared to the really sad and really happy endings.

Unfortunately, while my bias against the fantasy genre never stopped me from finishing the game, it definitely took a lot of willpower to turn it on even when I did have free time and even more to put in more than a few hours at a time. And as much as I like Triss and Yennefer and such, all I could think of after finishing The Witcher 3 was “whew, finally”. Well I guess we know who’s not playing Skyrim anytime soon, right guys? I know the story and side quests are lacking in comparison, but if I had to choose between replaying Breath of the Wild or this game, I’m going to have to side with Zelda. At the end of the day, that’s the kind of fantasy that draws me in. 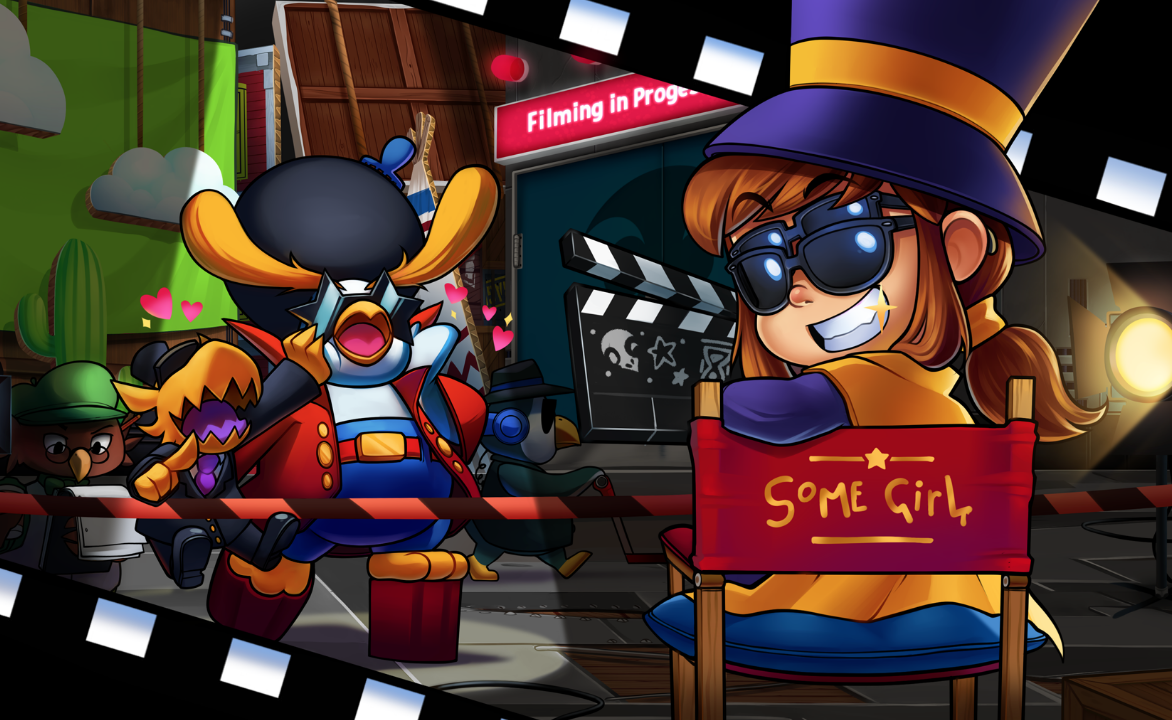 A Hat in Time

I’ve heard so many good things about A Hat in Time prior to playing it, mostly how it was a match for Super Mario Odyssey in terms of overall enjoyment despite not being as well-designed. And after finishing the game, I’m happy to say that it lived up to the hype. The plot is pretty standard 3-D platform nonsense, but the game itself was just so cute and funny, and there were so many impressive set pieces and creative characters you could run into that I couldn’t help but fall in love with Hat Kid and her adventures. From Hat Kid solving a murder mystery to playing a kiddy version of Silent Hill, it’s like someone combined the creativity of the Paper Mario series back when it was good with the gameplay freedom of the 3D Mario games, which are still good to this very day. I could definitely see myself enjoying A Hat in Time even more whenever I bother to replay it, and if that’s not a sign of a modern classic, I don’t know what is.

Also, the boss fights can be surprisingly difficult for what is otherwise a relatively easy and straightforward game. 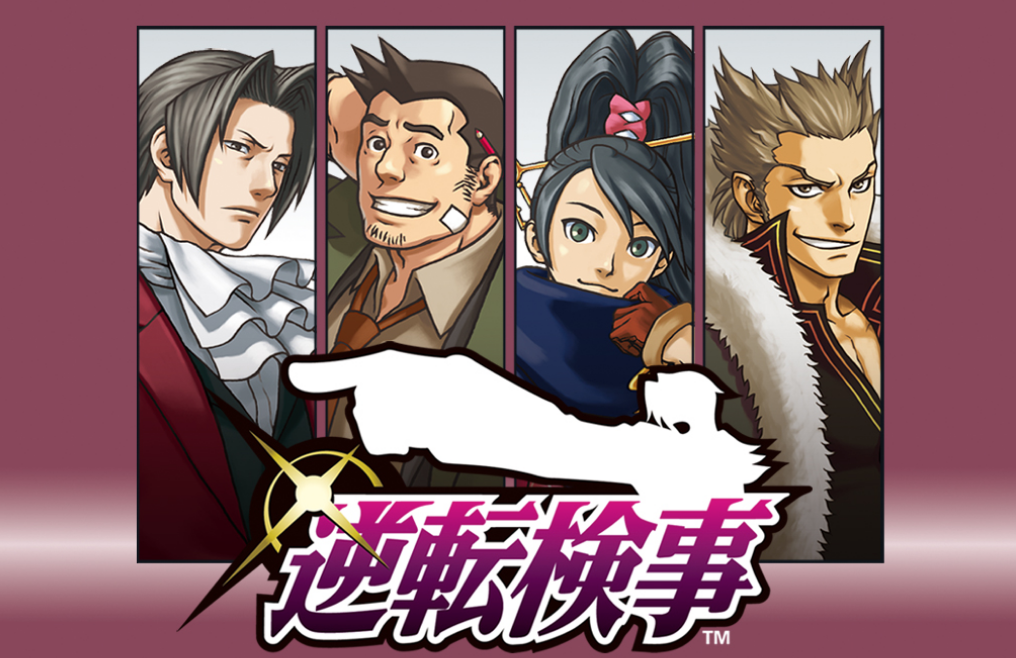 After taking a year-long break from the franchise due to going through all six mainline games within the span of a month, it’s back to the Ace Attorney universe for me. Now I’m still in the middle of playing this game, so I can’t form a complete opinion of it. However, based on what I’ve played, Edgeworth’s spinoff is pretty enjoyable, even if the writing isn’t as good as any of Phoenix’s (or Apollo’s) games so far. My main issues at the moment besides the usual “some of the answers are a bit obscure” logic that goes with these games are how Investigations is very cameo-heavy and the story hasn’t had any standout moments or characters so far. In fact, the overarching plot that was hinted at in the first case hasn’t even started yet, and I’m in the middle of Case 3. From what I heard, the final case is the most frustrating part due to being an hour too long. Man, am I really looking forward to experiencing that.

Also, yes I will be playing Investigations 2 after finishing this. From what I heard, it’s supposed to be the crown jewel of the Ace Attorney franchise, and while I’ve liked every game I’ve played, I’ve yet to really love an Ace Attorney game – although Spirit of Justice comes quite close and Apollo Justice was a standout to me as well. Will have to look up how emulate the thing though. Believe it or not, the only emulator I have on my gaming computer is an N64 one that I haven’t even tested out yet.

And that’s pretty much all of the video games I found time for this Winter season. I did get the new Monster Hunter along with Subnautica a few days after they came out, but I just haven’t found the time to play either of them despite all of the acclaim I’ve heard. Doubt I’ll be playing them anytime soon either, because Ni No Kuni 2 is coming out in a few days and I’m kind of prioritizing that for personal reasons. Now I wasn’t a fan of the first game, but according to the reviews I read, the gameplay is a lot better and most of the complaints are focused on how it’s too easy, which isn’t the worst thing to say about a game as long as you’re not the new Kirby. I’ve also heard that despite being short for a JRPG, it’s also padded to the point that it overstays its welcome the same way Tokyo Xanadu Ex+ was, but I’ll see for myself. Also, Ghibli didn’t have any involvement with the new game, but the visuals are still Ghibli-esque, so what the hell?

Aside from that, the only other game I’m looking forward to in the near future is Yakuza 6. The reviews for it are similarly positive while focusing on the things I enjoy about Yakuza, so I’m definitely hyped to play it. I’m undecided whether to play the new Attack on Titan game because despite people saying it’s an improvement on its predecessor, those sort of licensed games are not something I’d sink sixty bucks into. Detective Pikachu is something I’m holding off on until I see the reviews, as I’m very wary of Pokemon spinoff games. Other games I play will depend on the acclaim/attention they get as well as my overall mood. Maybe a new underground hit emerges or maybe I’ll finally play Final Fantasy X. Who knows?

Hope you guys had fun reading my thoughts on video games and look forward to my regular anime-related stuff in the near future.