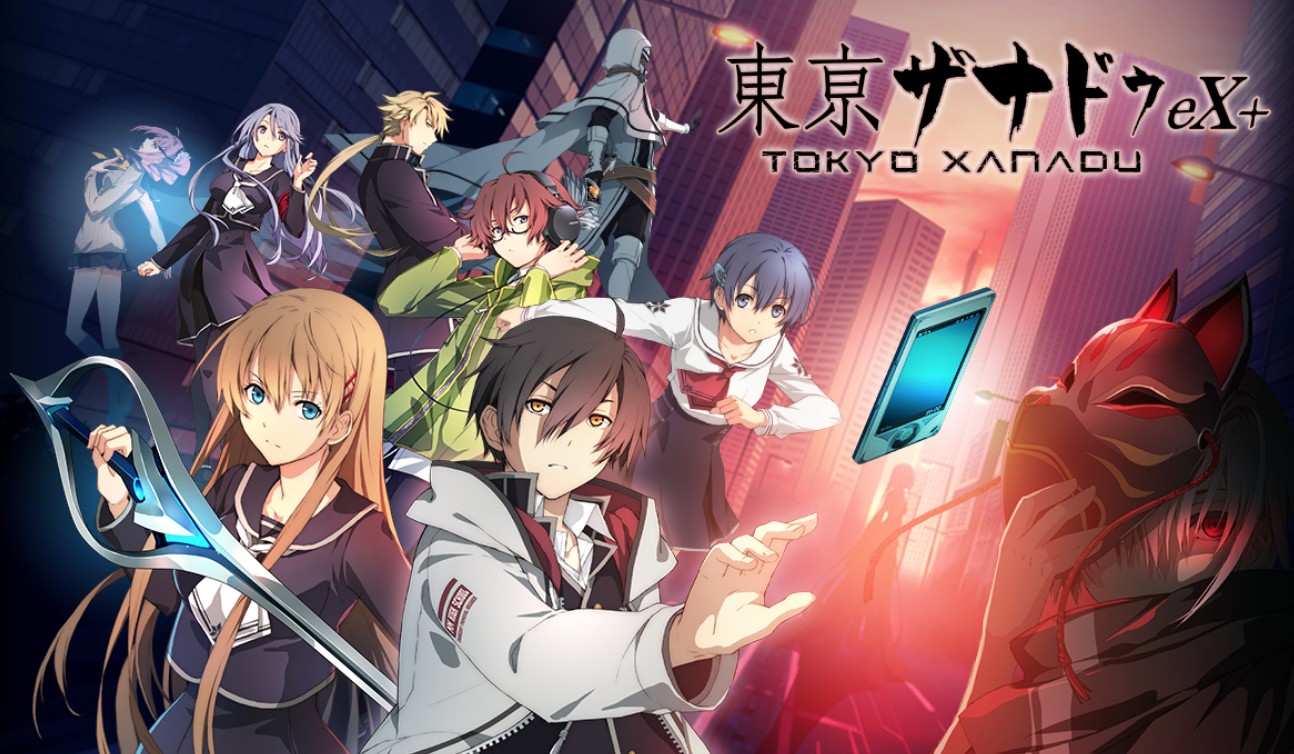 Short Summary: High-school kids use psychic weapons born from their souls to fight other-worldly creatures that prey on humanity’s dark side.

The game is available for purchase on Steam and at this Amazon link. 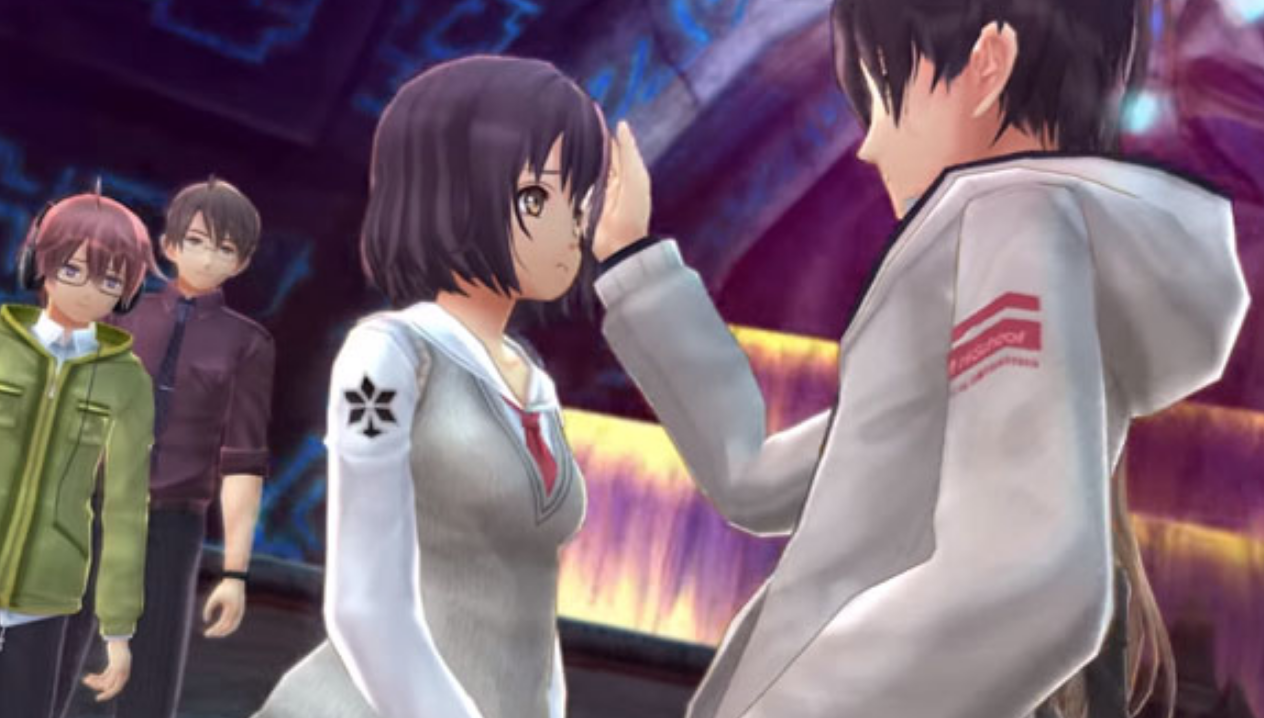 Tokyo Xanadu is a Japanese RPG originally released for the PS Vita and later ported to Steam and the PS4 in an Ex+ version that added side stories as well as a playable “After Story” mode in order to flesh out what is essentially a pretty basic anime game narrative. It’s centered on a young boy named Kou Tokisaka who becomes involved in a battle against otherworldly creatures from another dimension after trying to save his classmate, Asuka Hiiragi, from some gangsters. From there on, the two protagonists end up recruiting several more high school students while simultaneously fending off attacks in the city and becoming involved in a conspiracy far larger than they could have ever expected. And just so you know, pretty much every character acts how they look, so if you see someone who looks like a douchebag, he’s going to act like one too.

This is a game I knew very little about going into it. I’ve only ever seen Tokyo Xanadu on my Amazon recommendations occasionally and it was promoted somewhat at Anime Expo when I went to it last year, but I didn’t look at any trailers or read any reviews, although I did see that this game wasn’t something that got people excited compared to Gravity Rush or Odin Sphere when those got released on the PS4. However, my brother got me the game for Christmas, which gave me the perfect opportunity to discover whether this was a throwaway title or a hidden classic. I’ve since played it and unfortunately, it’s moreso the former.

The best way I can sum up Tokyo Xanadu is Persona with all the religious metaphors, social critiques, and subversive characterization removed, leaving you with a very vanilla tale of highschool students saving the world from an arbitrary threat preying on humanity’s darkness. What you see with the characters is what you get, and while the side stories flesh them out a little, they all conform to stereotype with very little surprise to them and most of their issues being arbitrary. The lead suffers the most in my opinion, because he has no motivation for wanting to help people other than it’s his nature, which is a very lazy answer to something that’s so essential to the plot. He does have a past that you could imply drives him, but it’s not executed very well due to involving a twist regarding a certain character that I won’t spoil, but let’s just say I rolled my eyes at it. 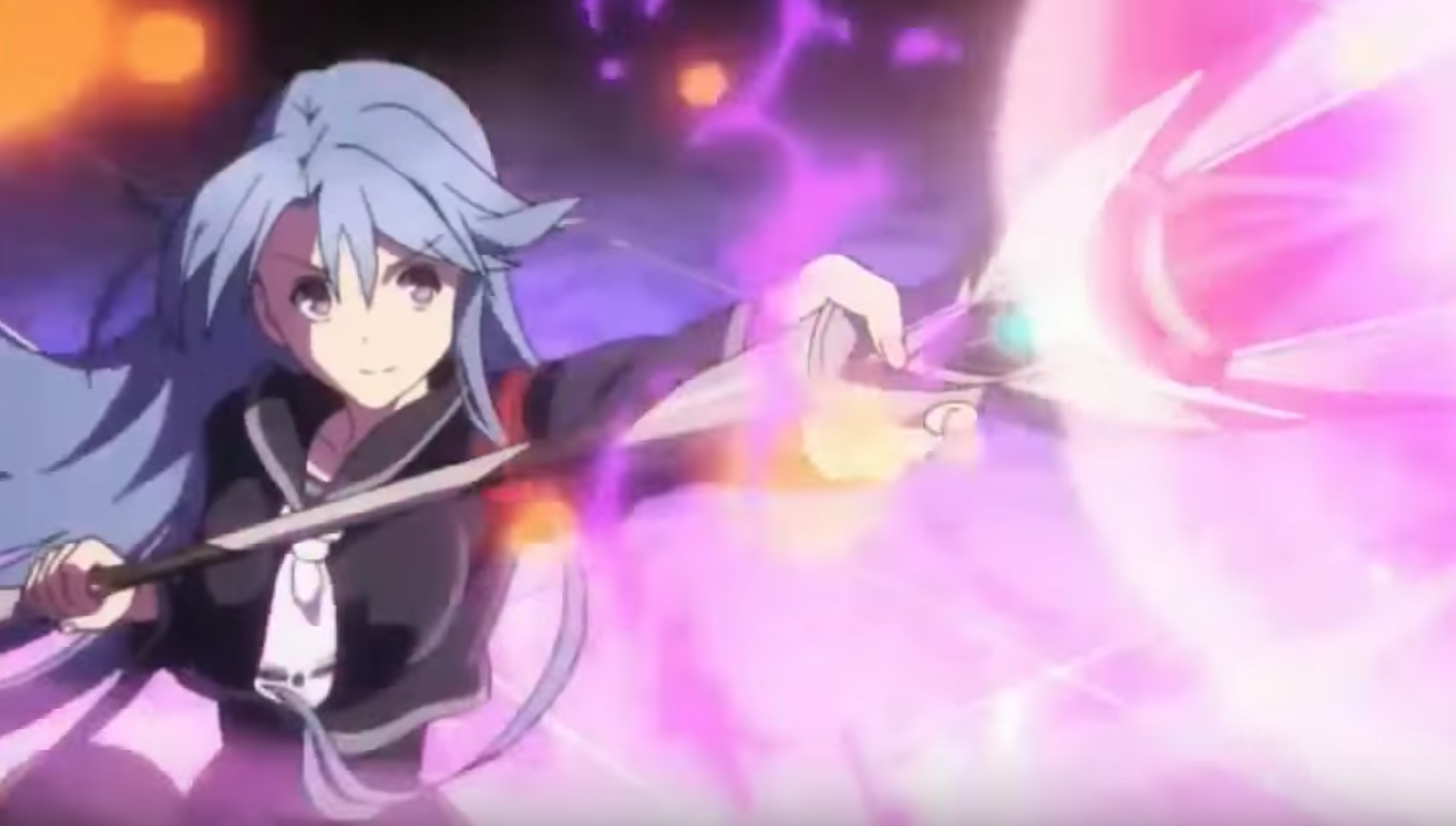 And in addition to the plot being throwaway, it’s also overlong. Japanese games in general tend to go on for a while, but Tokyo Xanadu overextending itself by ten hours might have been more tolerable if it also didn’t have three separate endings you have to get in order. You get one by beating the main story. You get the second one by continuing from completed save data and making alternative choices. Then the third one is achieved through the “After Story” portion, which to my dismay was a five-hour long campaign that was actually a more fitting finale than the original version, so skipping it wasn’t exactly an option for me. What, was Yoko Taro involved with the production?

Also like Persona, the gameplay is divided between dungeon crawling and social life simulator. However, the social life portion is really arbitrary, mostly boiling down to a bunch of basic sidequests that will have you going through already completed dungeons to retrieve a certain item or raising your bond with your friends in order to power them and you up – and time only moves forward when you decide to move on with the story so you can do as many of these as there are available. There’s also a mechanic where your journal gets updated if you talk to most of the NPCs at certain points, and you get a reward if you fill it up enough, but good luck accomplishing that without a guide. 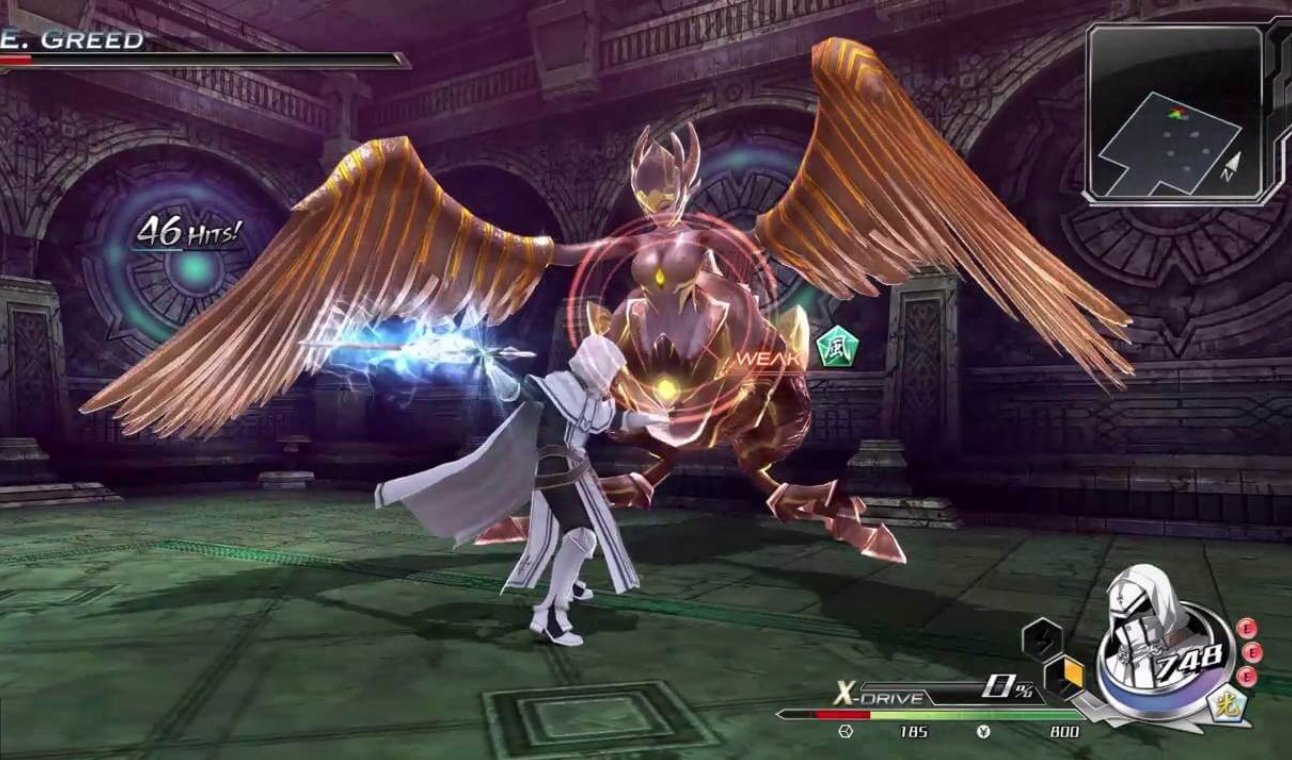 Dungeon-crawling is okay, but it’s mostly going through a bunch of dully-designed corridors with really basic puzzles and killing every bad guy that comes your way. It’s a little strategic in regards to enemies because you can only select three members to play with at a time (with Kou being necessary for most of the story dungeons) and they all have different elemental strengths and weaknesses you need to take advantage of in order to get through them.

The real-time combat is fun for the most part in regards to special attacks and how the individual characters fight, but I’m confused as to why only one party member can be out at a time. And consequently, why do the bosses have so much HP? Most of the dungeons ended with me tanking attacks and using one of the many healing items I bought to keep myself rejuvenated before occasionally doing a special attack that’ll make the fight ten seconds shorter. Plus, when you gain a party member whose special ability is to product a damage-inducing shield, Tokyo Xanadu might as well have just rolled the credits, because that move really drains any bad guy who can’t fly as well as makes all dungeon traps obsolete.

Finally, even for a game originally on the PS Vita, Tokyo Xanadu looks really bad graphic-wise. The textures are low-quality, the city of Tokyo doesn’t spring to life, and the character designs have little identity. It’s the epitome of average, which also sums up this game in a nutshell. 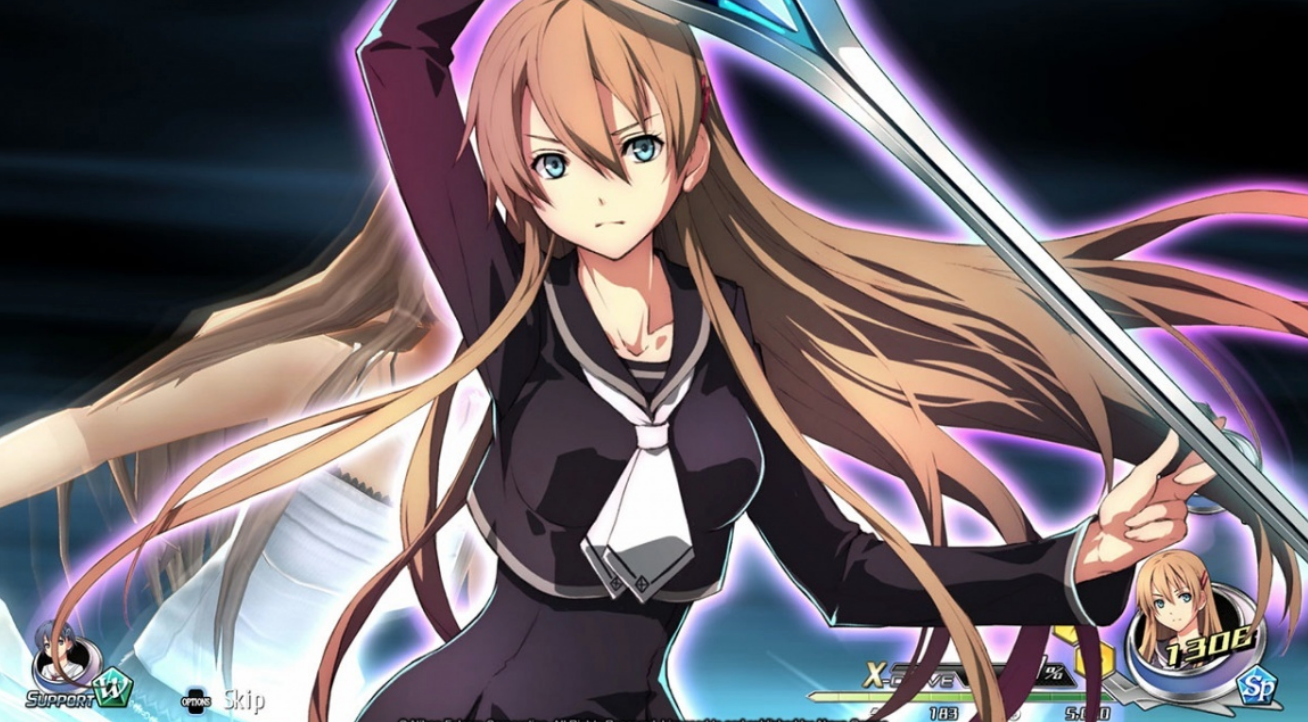 While it does have some fun moments, there’s just too many uninspired elements for me to really recommend Tokyo Xanadu to anyone who isn’t a die-hard anime gamer or a Nihon Falcom apologist. Now I’ve heard this game was the product of the company attempting something new, so hopefully they improve on this formula in the future. I’d like to thank my brother for getting me it, and hopefully you guys enjoyed reading my thoughts as well as this simplified review style that I’m planning to use for all video games from now on.

P.S. Playing the opening animation at the beginning of EVERY chapter was also incredibly unnecessary.