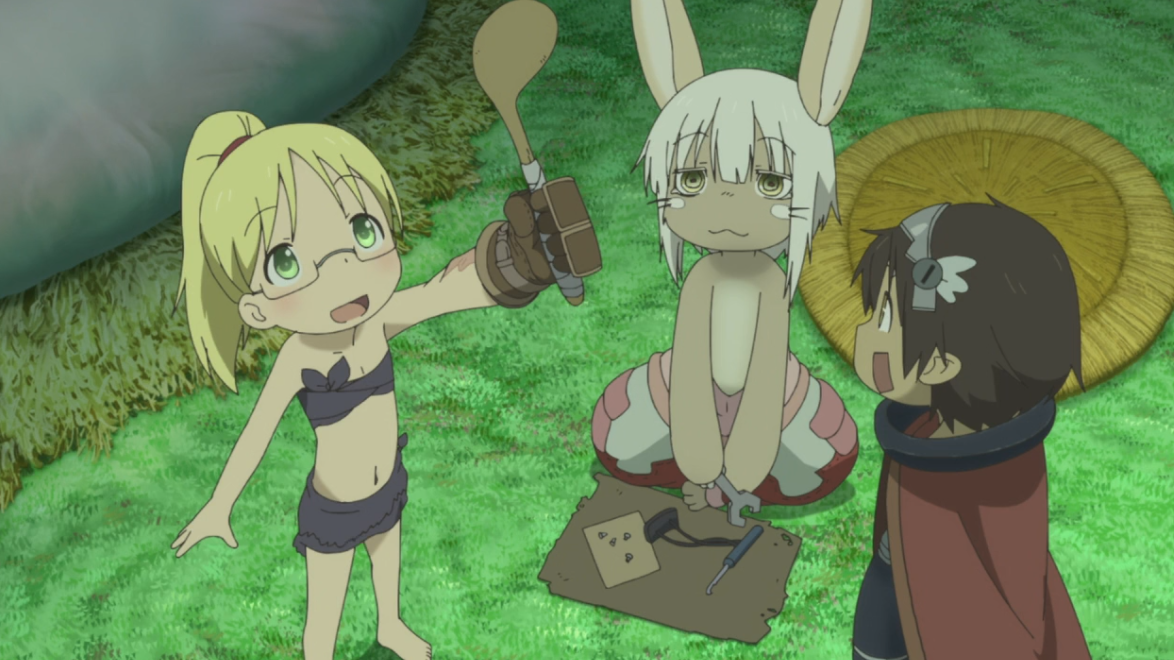 Or should I say, the only five anime from this season I stuck with. Well, six because one of the five I finished was Koi to Uso.

Summer 2017 was an okay season for anime as far as I’m concerned. The big hits are most likely going to be relegated to cult status within a few months, but they still existed and they still kept fans happy. What didn’t keep fans happy was how Anime Strike and Netflix ended up exponentially increasing piracy, but a lot has already been said about that subject to the point that all I can say is “I wonder what both companies are going to take hostage next season?” But before we can worry about that, let’s get to detailing my top five anime of the season. Although if you read my opening line, you’ll know that it’s less a list of five anime I like and more of a “I finished these anime and most of them sucked” list.

Keep in mind, this season was also the period when I decided to reboot the blog, delete most of my old posts, and change my watching/writing habits so that it’d be more in line with what current anime fans would want to read whilst trying to stave off that edgy whiner label I got saddled with. As such, while I’ll still watch the bad stuff because I still believe that only paying attention to what’s good isn’t something that someone who writes about anime should do, I’m a little pickier regarding what I choose to write about. And if I don’t write about an anime, then there’s no point in actually watching it, correct?

I thought about putting the latest season of Rick and Morty on the list as well, but unfortunately Season 3’s decision to focus more on character development got in the way of the humor more often than I’d like. And while it’s still preferable to everything else this summer, I’m not for supporting anything anime or otherwise that aren’t as good as the previous iterations, because that’s not a series moving in a forward direction.

So yeah, this summer was a bit of a transition period in more ways than one. But enough of that nonsense. Let’s get to describing the actual anime that I managed to sit through. 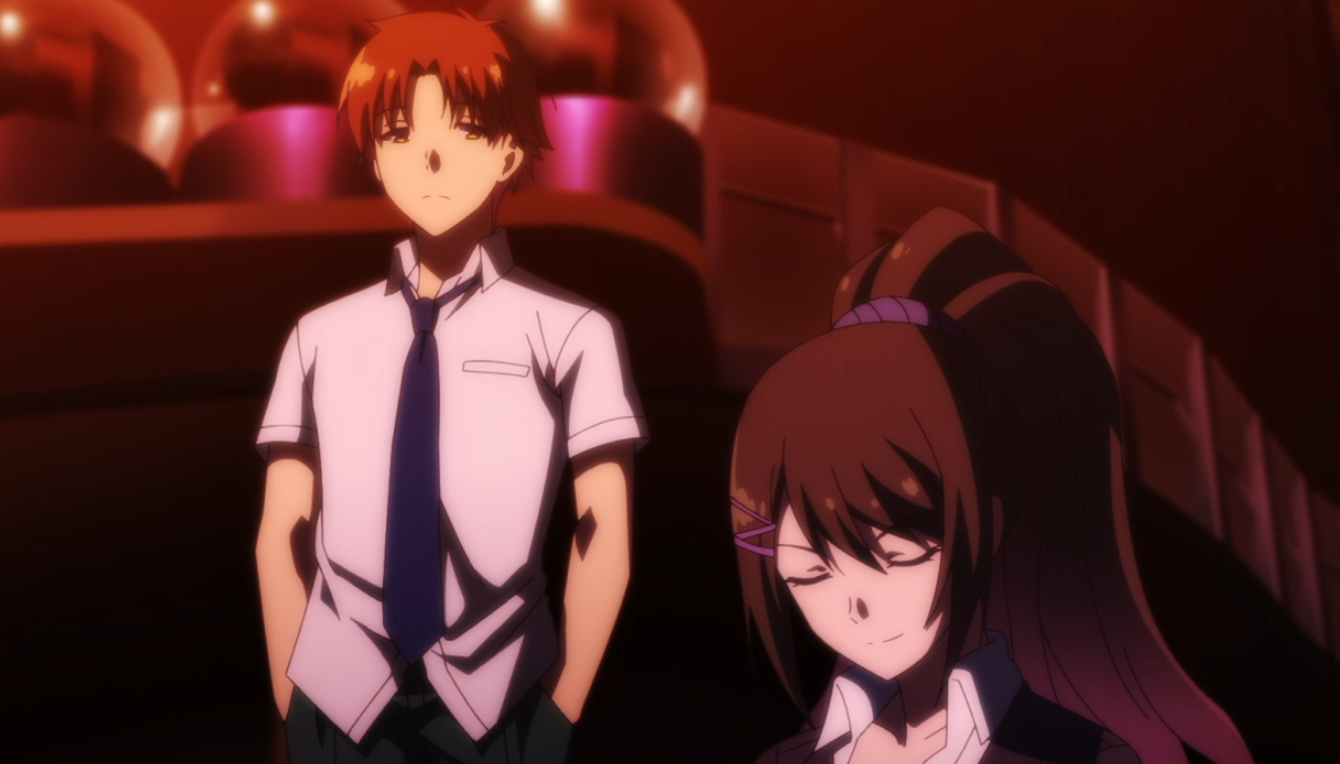 5. Classroom of the Elite

Because fifth place would have gone to Koi to Uso aka Love & Lies otherwise, I decided to catch up on the other inexplicably popular anime of the season with the hopes that it wouldn’t be even worse (which would have been hard given Koi to Uso’s awful ending). Good news: it was better. Bad news: this show sucked. In fact, while this adaptation has been known to exponentially boost sales of the original light novel, it’s also credited for making so unnecessary changes to the story at pretty terrible moments to the point that novel fans in Japan boycotted the blu-rays. This show really is the poor man’s Oregairu SNAFU isn’t it?

Anyways, the chief failing of Classroom of the Elite is that it it wants to deconstruct high school light novel cliches, but it does it really horribly. The constant fanservice shots are distracting, the characters are defined by what stereotypes they subvert rather than anything resembling actual personality, the animation is only average at best, and the scenarios are padded and lacking in imagination. Sometimes it’s a little humorous how there can be so much drama around something like stolen panties and characters busting out martial arts out of nowhere, but obviously you can’t carry an entire series on that. Just another one of Lerche’s failed attempts to add a subversively dark take on a popular genre. 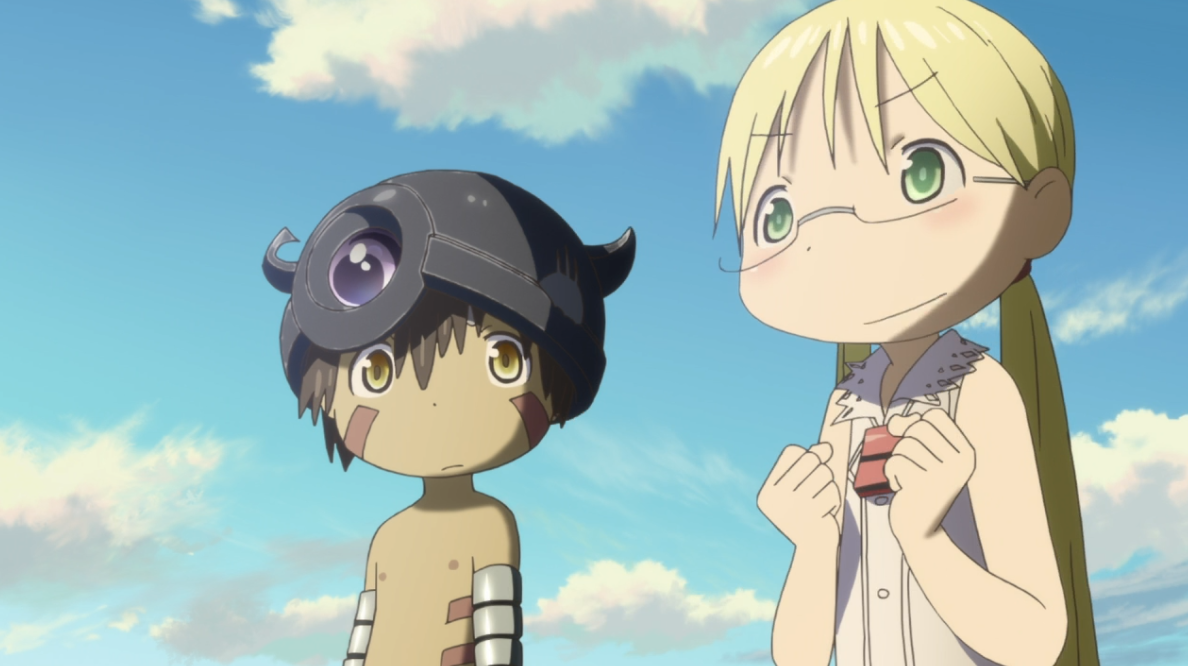 I understand why people enjoy Made in Abyss, but it wasn’t channeling its good elements into anything I cared about. I don’t enjoy fully realized dark worlds for their own sake unless I’m playing a video game (because player interaction) or if they have some sort of underlying visual metaphors underneath the settings and monsters. And while Made in Abyss does have one underlying story underneath its world, said story is about “children losing their innocence over time”, which is really not my thing at all, especially if it seems there’s no happy ending after the journey is over (which it won’t be because the show is based on an on-going manga).

Even taking that into account though, and even with the on-going manga excuse, this show feels unfinished. I feel like someone just made an entire series out of the first thirteen episodes of Fullmetal Alchemist (either version) and stopped. Other bloggers seemed to really like the final episode, but I’ve seen that sort of tragic story before, and it was centered on a new character who only just decides to join the main duo, so I don’t see why it was finale-material. We barely get to see this big villain who’s supposed to be the main reason why the manga is so good. I really hope this guy lives up to expectations if a sequel is ever made, and if that sequel actually delivers in a unique way, then I’ll give Made in Abyss some acclaim. Until then, this show on its own was just another 13-episode prologue. 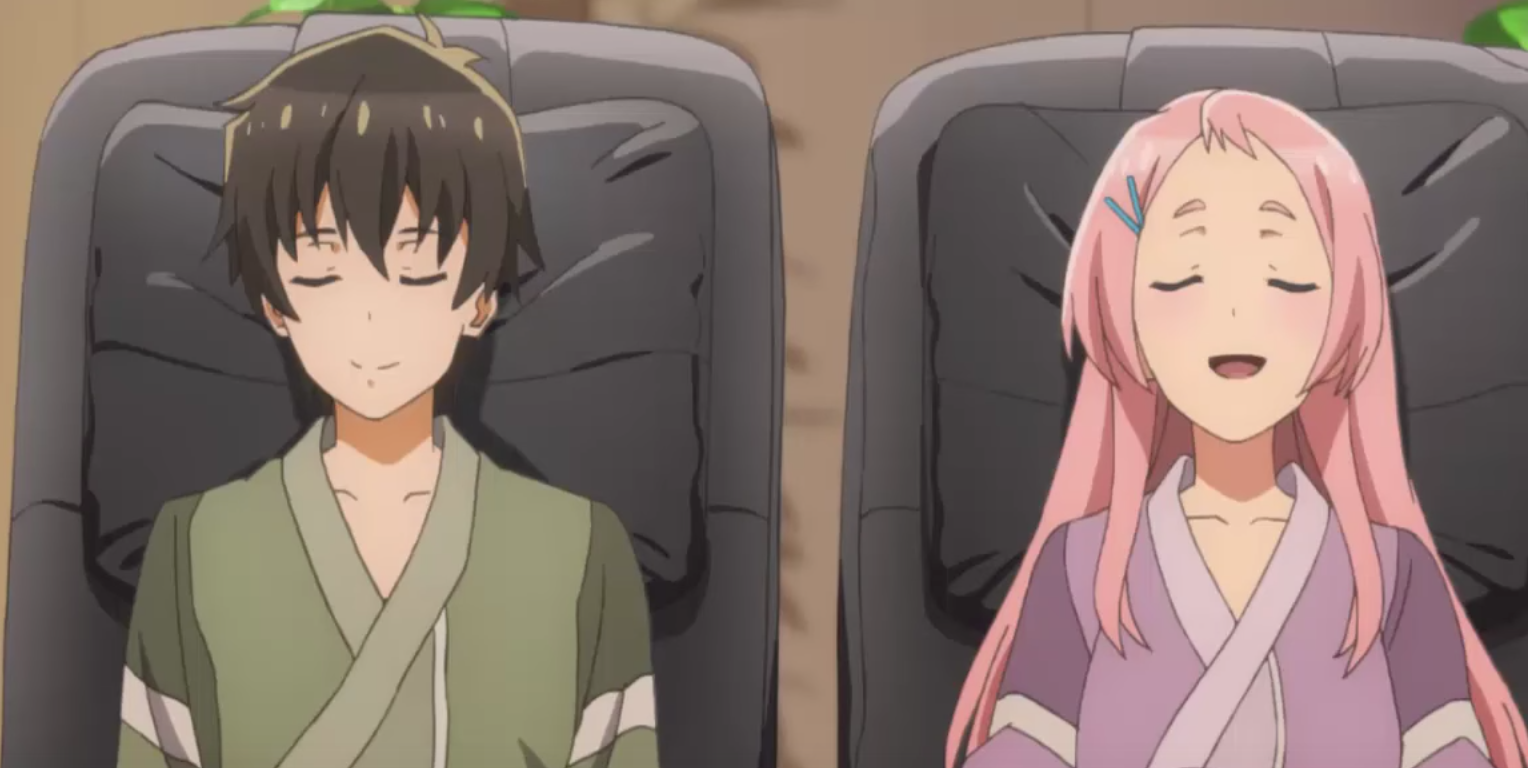 I’m not surprised this show is so popular, but I really wish it would stop milking its one joke for its entire runtime. Gamers! as a comedy is inoffensive for the most part, and it benefits from a dub that does a decent job of trying to insert some clever wordplay. But for a show about gamers, it sure doesn’t have much gaming humor in it. In fact, I think Amano is the only character who has ties to gaming at this point, whilst everyone else just uses it as an aesthetic for overly long and overly milked Love Hina-ish misunderstandings that stopped being funny the third time, and yet there’s still 1,207 more times to go. They even padded half an episode by the characters repeatedly freaking out over the same thing just so it could end with Amano confessing to Karen. That is shit!

Sometimes Funimation’s (great) dub job can be funny, but the number of clever variations on the false love pentagon like the board game in the eighth episode is significantly lower than the number of “let’s just have the characters say the exact wrong thing at the exact wrong time” situations used to milk out humor The characters are slightly above average and it never gets that obnoxious with its jokes, but at the end of the day, it’s just another throwaway romantic comedy. Going to just move on and play some more Danganronpa now. Well, I’d like to say that, but since the dub hasn’t finished as of this time of writing, I’m going to be sticking with Gamers! for a little while longer. 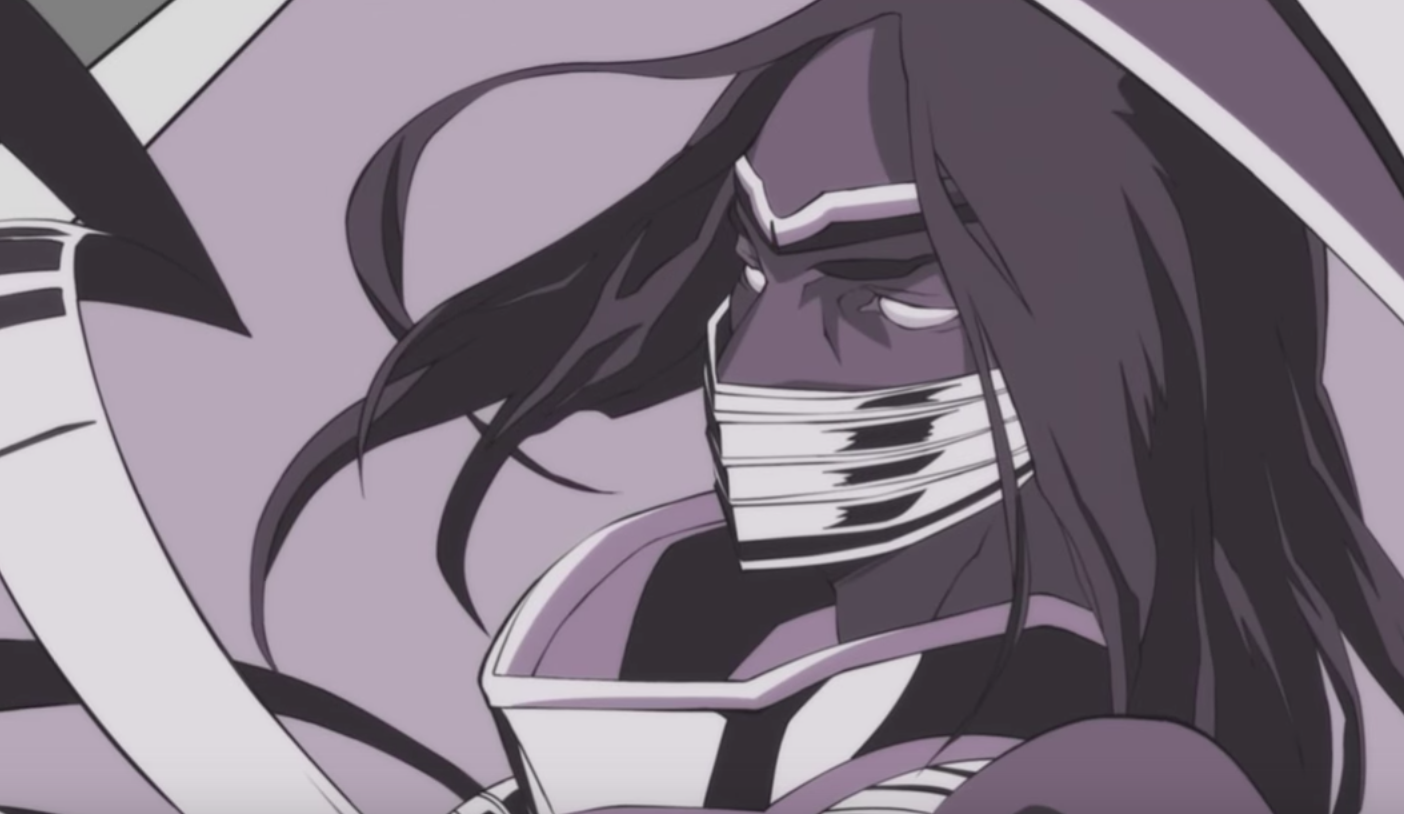 2. The Reflection Wave One

The Reflection Wave One isn’t a great show by any means, but I think it gets a worse reputation from the fanbase than it deserves. I found the ugly animation style to be pretty visually captivating after some time with it, and while the story about flawed superheroes trying to make a living in their own way whilst dealing with the consequences of their actions is nothing new, it still has enough unique characterization and plot progression to make it feel somewhat fresh. The main thing that bogs this show down for me personally is how despite the characters being interesting, they were also unmemorable. I don’t remember anyone’s name, only referring to them as the wheelchair girl who can summon a robot or the superhero media whore who’s jealous of all the attention his alter ego gets – which is particularly surprising since all of the names are in English. Also, I switched to the dub after a while because I didn’t think the Japanese voices fit the American comic book look The Reflection is going for, so I haven’t finished this show as of yet.

It’s not a must watch, and you’re probably better off sticking to Hero Academia if you want a superhero anime that tributes western heroes, but I found the show to be perfectly watchable for what it was. 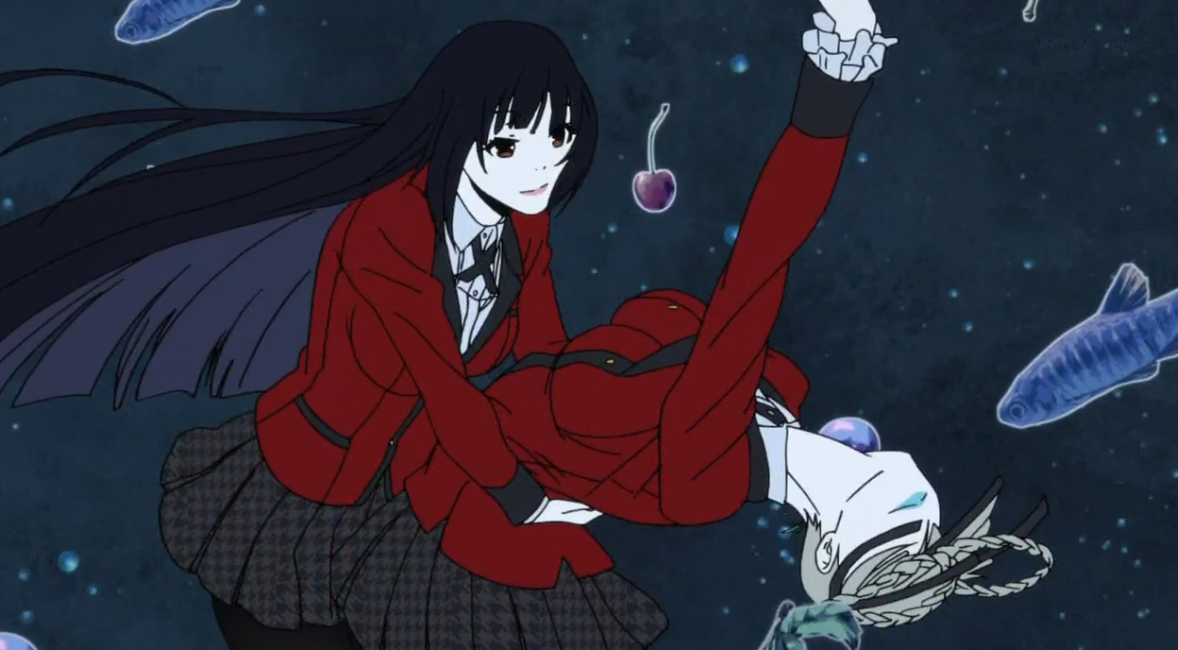 I’m sort of happy that I ended up enjoying Kakegurui as much as I did because I can’t even recall the last time my favorite anime of the season was the most popular (with the Anichart crowd admittedly), and it’s also nice to see that the Netflix restriction didn’t prevent word-of-mouth from getting out. The fanservice, faces, and logic behind the gambling are all ludicrous, but that’s part of the charm. It kind of reminds me of Prison School if the humor was more refined/grounded and tied to a more overarching story, even though said story isn’t going to be winning any literary awards anytime soon. Overall, I think Kakegurui is a good example of how to execute camp in anime. Not that I’m saying it’s great. The show’s constant craziness gets a bit tiresome after a while, especially if Yumeko is facing someone who isn’t giving her a decent challenge. Also, the production values are horrible, the plotting can be a bit too formulaic, and the ending was fine but not outstanding considering this is based on on-going source material.

But at the end of the day, you just can’t argue with fun, and I had quite a bit of it following this thing. I’ll definitely look forward to more in the future, though I really hope the animation improves by that time.

Yeah, not the greatest selection of shows to finish unless you’re one of those people who consider Made in Abyss to be one of the greatest anime of the decade or whatever (personally, I’d advise against making those sorts of dangerous claims), is it? Even if you count the numerous two-cour anime from Spring that I ended up keeping on, it’s still not all that good a crop since I only enjoyed My Hero Academia – which I haven’t finished, but these final few episodes have been pretty formulaic. Just a reminder, I didn’t keep up with Welcome to the Ballroom and Princess Principal because I found them to be too boring to watch or have a discussion on. Also, I don’t watch 4-koma adaptations so I didn’t bother with Tsurezure Children.

As for whether I’ll review these shows, I might review Koi to Uso and Classroom of the Elite later. I’m not giving Kakegurui a full review since I didn’t watch it legally. I’ve already said all I wanted to about Made in Abyss last week and in this very post. Not interested in reviewing The Reflection Wave One or Gamers! since they don’t have enough good or bad about them to warrant a full review.

Here’s to hoping that Fall turns out better and that Amazon doesn’t take hostage all of the interesting shows again (I know that Kino, Blood Blockade Battlefront, and Magus Bride are on Crunchy/Funimation though), but we can’t have too many good things in life now can we? Well, I have Strike again, so I’ll be watching Inuyashiki and such legally at least. And the new Ducktales is airing right now, which is also pretty good.