Right in the feels.

Last week on Tsuki ga Kirei, Kotaro finally opens up about his relationship with Akane to the other characters after the twelfth misunderstanding finally grinds his gear one too many times, and now all the third wheels in this show have been (hopefully) cut off at the source. I’m really hoping this means we’ll get some interesting stories on what it means to be young and in love from here on out, and not whatever you call what happened in Ore Monogatari after Episode 3.

I know this show only has around five episodes left to tell its tale, but that’s plenty of time for one more decent arc that hopefully characterizes our leads into something unique, if not special. Because while I do like the innocence of the main couple and all that, I’m not one of those Crest of the Stars fans who can get by on a show solely for the interactions between the lead duo. I like romance stories when they’re done well, but I also have a different definition of “done well” than the shipping community and most anime fans in general. You only have to look at how practically nobody is watching this show with me besides Bobduh and a few others for proof of that.

Wow, no wonder Kotarou and Akane wanted to keep their relationship a secret. I graduated from high school just as social media was starting to take off, so I tend to underestimate how fast news can spread in school these days. I mean ultimately this is the better option since at least the two can spend time together without much in the way of convenient interruptions, but I really want to scream “it’s none of your business to the classroom whenever the two walk into the room”. Now granted, I know they’re middle-schoolers too, but…eh. 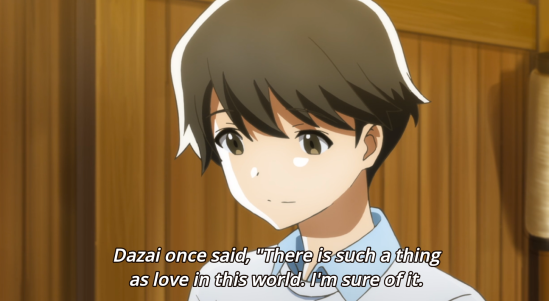 Dazai also committed suicide in his late 30s, so I wouldn’t take all of his philosophies to heart.

You know, if I was asked to say what I liked about the people I hang out with, I’d be at a loss myself. Obviously we have to have common interests and chemistry, but those are pretty generic answers to give. And honestly, I don’t know what Kotaro and Akane have in common myself, yet I still see the chemistry between them. 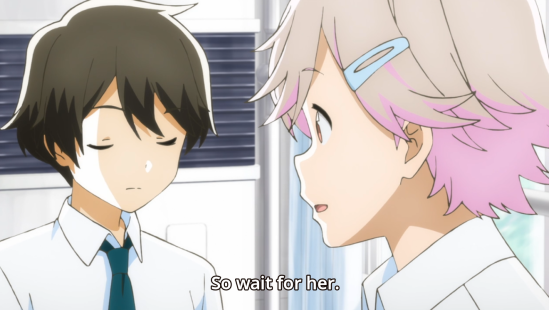 Kotaro is convinced by his friends to wait for her until she’s done with practice rather than just go home alone. Glad to see he’s surrounded by supportive people who actually give him useful advice, which is a lot rarer in anime than you’d think. 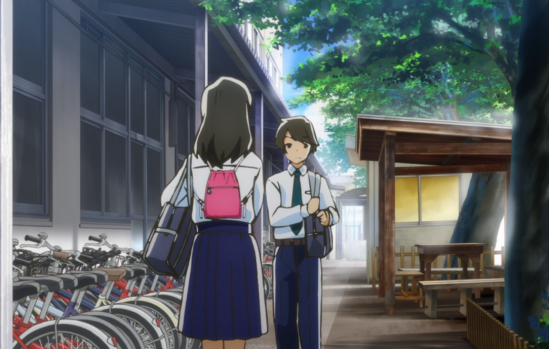 Wow, the animation really tanked in this scene. Actually, it’s tanking quite a bit this week. Outsourced episode, maybe?

Need to smell nice before visiting my man. 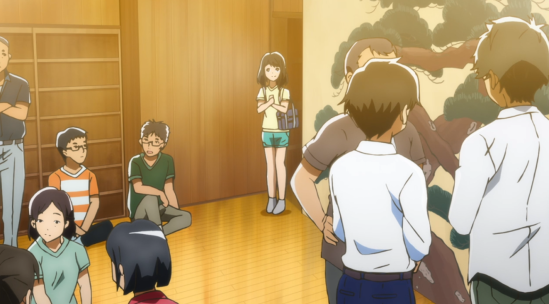 Akane gets introduced to Kotaro’s hayashi practices and after getting enraptured by her boyfriend’s performance, our lead male’s older company pushes the two to go on a festival date. This of course means… 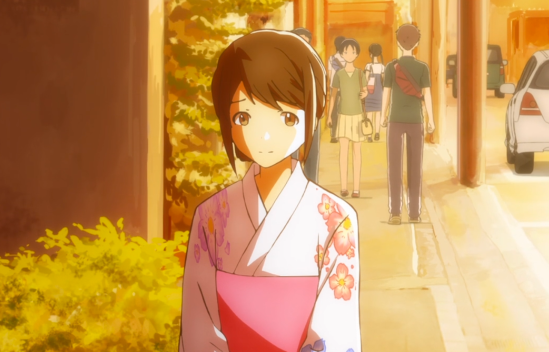 …a lot of people getting feels. Hopefully no boners, as Akane looks way too young. 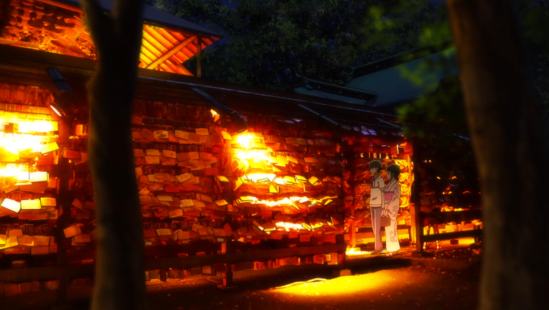 The entire second half of the episode is just watching the two go on their festival date. Akane finds out she missed Kotaro’s birthday, so she buys him a present that she won’t reveal until later. It’s cute, but there’s not really enough material to justify how long it goes on for. Dates are fun to be on assuming the other party isn’t psychotic, but when you’re watching fictional people play games or hurt their feet, it’s not quite as exciting. I don’t need drama when it’s not necessary, but even with the episodes being shorter than usual due to the skits at the end, I think this is going on a tad long.

Finally they call each other by their first names. Only took 2/3 of the show to do. Maybe they’ll kiss at the finale… 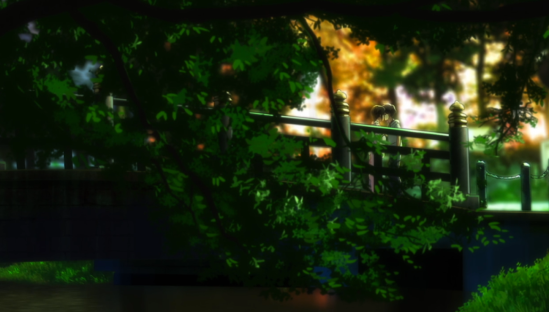 …or they’ll kiss right now. And of course when they finally kiss, the camera is so far away that we can’t actually see it. What is up with anime and not showing lips locked?

A bit young to be wishing that in my opinion, but given how being an adult in Japan sucks compared to America, it’s probably best to start young. 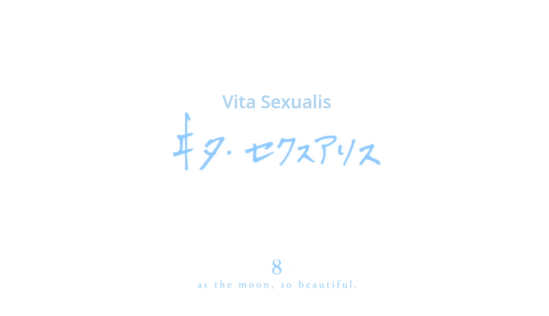 First off, I should probably explain the format I used for this Let’s Watch. It turns out that doing three anime a season combined with all my other stuff is starting to get to me (I had to see Wonder Woman right after watching this episode), but that’s not the main reason why the actual Let’s Watch ended up being so short. The real reason is honestly, there wasn’t much to comment on. All that happened this week were a bunch of minor inconveniences that ultimately pulled our couple closer together, which isn’t exactly the most enticing thing to write about. Since I didn’t want a repeat of the last Virgin Soul LW, I decided to go for more of a compressed episodic blog post this week, and I’m going to do that for any episode I find too insubstantial to go into detail about from now on. Blogging is just a hobby for me after all. I don’t have the time and resources to make this into something more professional.

But hey, maybe you guys prefer this format for Let’s Watch. I’m still trying to work out how to make it more entertaining for you guys, and if it turns out you prefer them short and sweet, feel free to say so. After all, these things take a while to write, and I don’t want to fall in the same trap that Virgin Soul did in terms of not knowing when to compress shit. As such, if you think LW should be more like this week, then it would benefit both of us. Although I’m not sure if I could compress my writing with Re: Creators given how there’s a lot to talk about with that show in each episode. I mean look at the comments section of any forum on Reddit or ANN or whatever for proof of that.

As for my opinion of this week’s episode, honestly it was pretty middling for the most part. I’m sure a lot of romance fans enjoy the cuteness on screen, but I prefer my love stories to have more to it than Akane cutting her foot or everyone in the town knowing that this “couple who look sort of like brother and sister” are dating. Didn’t exactly help that the animation took a nosedive with this episode, with way too many derpy faces and animation shortcuts abound. The ending where they finally call each other by their first names and actually kiss was alright, but I didn’t need to see that much buildup to it, if you know what I mean. It’s kind of like how a lot of people were surprisingly down on Virgin Soul’s eighth episode because Favaro’s reappearance couldn’t mask the fact that the show was taking its sweet ass time to get to his face again.

Nothing too bad, but not a romantic masterpiece either. Hopefully the show has enough energy for one more strong conflict as it approaches the end.